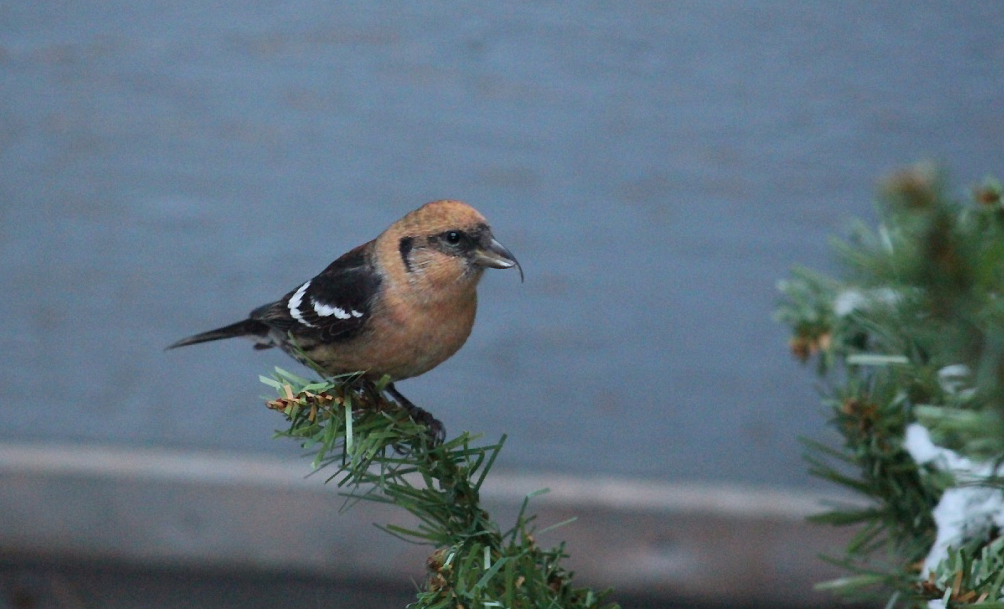 Increased numbers of crossbills in Alberta?

In the 2015 Christmas Bird Counts (CBC), both Calgary and Edmonton reported record numbers for red and white-winged crossbills. At AIWC we too are seeing an increase in admissions of these finches.

In 2014, we admitted 0 crossbills, however, since December 2015 we have admitted 16 (red and white-winged). Why the increase? Some biologists suggest that an abundance of food last spring is the cause. With an increase of food, such as conifer seeds, more offspring survive. Individual crossbills have been reported to eat up to 3000 confider seeds a day!

* Thank you to Birds Calgary and Wild Birds Unlimited for the results.

95% of the animals admitted to our centre are injured or orphaned due to human activities. The majority of the crossbills recently admitted to AIWC were victims of window strikes. To learn more about what you can do to prevent window strikes, visit FLAP Canada.

Are you seeing an increase in crossbills in your area? If so, let us know 🙂

9 responses to “Increased numbers of crossbills in Alberta?”