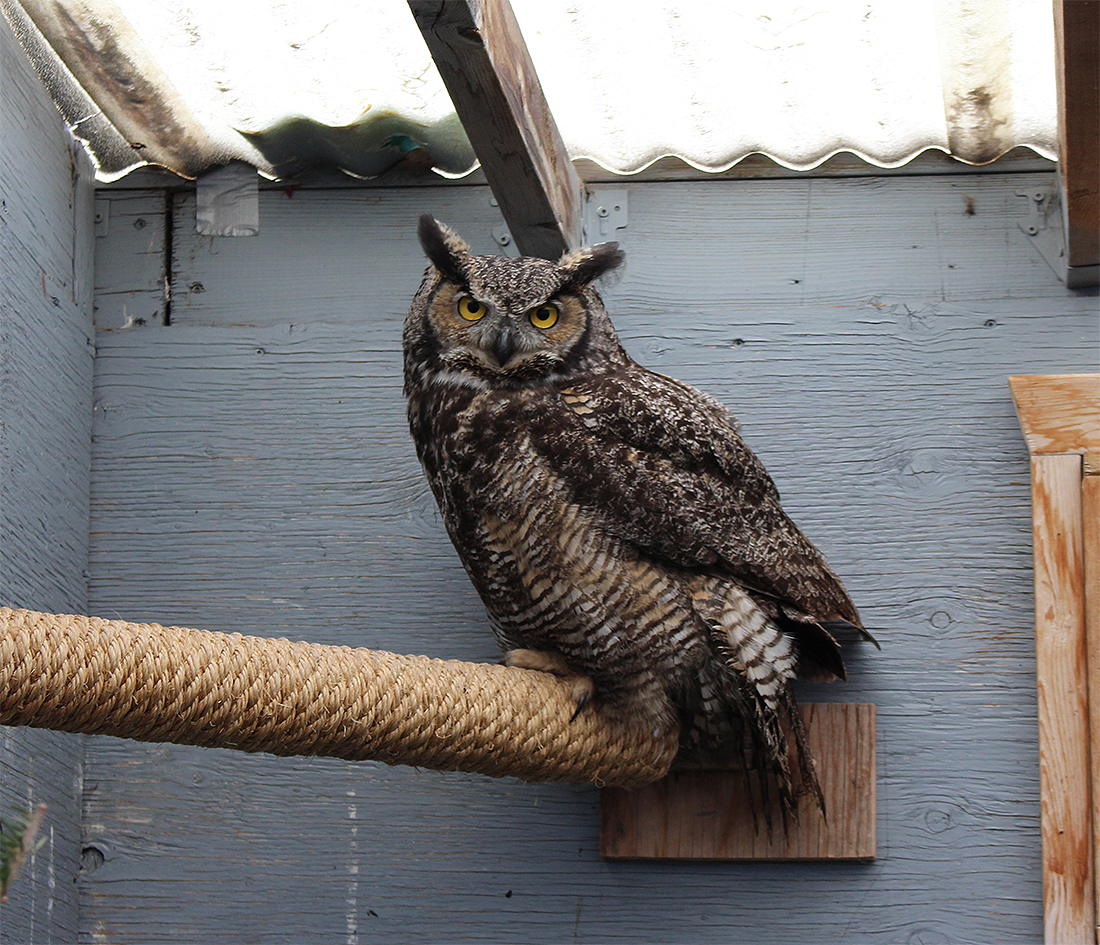 Last week, a great horned owl attack on a cross-country skier near Red Deer made quite a few headlines. Skiing at night with a head lamp, the owl went after the skier twice, leaving him with several puncture wounds.

What caused the owl to attack is uncertain, but it is likely that the skier startled the owl and was perceived to be a threat or an intruder, and the owl was protecting its nesting area.

Great horned owls are residents of Alberta, meaning they do not migrate; a mating pair will reside in their territory all year. This means males may defend their territory, first with warning hisses and bill-clapping. If the owl’s initial warnings are not heeded, and an intruder persists, the owl will strike with its feet, grasping and raking its target with its talons.

Great horned owls are also one of the earliest breeding raptors in Alberta, giving them an advantage over migratory birds. Mating pairs are determined by January and nesting begins, with eggs generally laid in March.

In the case of the skier, it is likely he was identified as an intruder by a nesting owl protecting his territory and his mate, and the skier was unable to see or hear the owl’s warnings prior to be attacked.

To avoid incidents like these to the benefit of both us and our wild neighbours, here are a few things you can do:

Owl attacks on humans are incredibly rare, but territorial owls near nesting sites are not. Fortunately, there are many steps we can take to reduce these incidents and give our provincial bird the space it needs this time of year.

After all, most injured animals we see at AIWC are a result of human activities. If we’re aware of how our activities affect them, then we can take steps to create a strong co-existence between Albertans and our wild neighbours.