What is light pollution?

It is classified as the lightening of the night sky by artificial light such as streetlamps and store signs.

Why is it important?

Surprisingly, it’s far more important than for the convenience of star-gazing. Light pollution contributes to what is known as “skyglow”.

Skyglow is defined as: /ˈskīˌɡlō/ Pictured above are the light pollution levels in Alberta as demonstrated by Clear Sky Charts.2 If you want to see worldwide levels, check out the Light Pollution Map.

Why should we care about skyglow?

All life relies on the cyclical rhythm of Earth’s days and nights. However, this cycle has been disrupted by the increasing skyglow at night. The following list, outlining the ways in which light pollution negatively affects wildlife, is provided by the International Dark-Sky Association:3

Insects, plants and other live organisms are negatively affected by light pollution. Light pollution affects the reproductive and feeding behaviour of nocturnal animals as night turns to day (animals that sleep in the day and are awake at night). Predators that hunt in the light and prey that hide in the dark are also affected. It is important to remember that we are part of an ecosystem, and when the food chain is disrupted, humans are affected too.

Speaking of, light pollution does not only affect wildlife, it also directly affects our behaviour. Not only does light pollution reduce star visibility, but excessive lighting at night can affect your quality of sleep and in turn, your mood. The International Dark Sky Week coordinators in Calgary hoped to boost this conversation around light pollution last April.4 They are urging citizens to think twice about their light usage – perhaps you could switch to downward facing yard lamps, or simply restrict the diameter of an outside light to a path, rather than the whole yard.

On a lighter note…

Some organizations are creating incentives and education for the interest in reducing light pollution. The Royal Astronomical Society of Canada (RASC) “Dark-Sky Sites Program” is a great example. To achieve the Dark-Sky Designation, a site must meet a number of prerequisites and fall into one of three categories.

Each of these designations is separated to meet different needs. For more information on this program, check out the RASC website and find your closest Urban Star Park, which will be brimming with education on light pollution.

There are many Dark Sky reserves all over Alberta, which are great places to go star-gazing. Try visiting Jasper in mid-October and their Dark Sky Festival to view the breathtaking aurora borealis season.5 Check out the Alberta Parks page for a breakdown of Alberta’s Dark Sky sites. 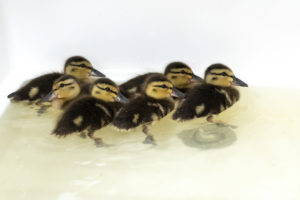 It’s Getting Hot in Here! What Do the Birds Think?

By Gabriella Livingstone and Nina Obiar. Summer is officially here, and temperatures are rising. As we begin to reach the hotter summer months I’m sure we are all thinking of