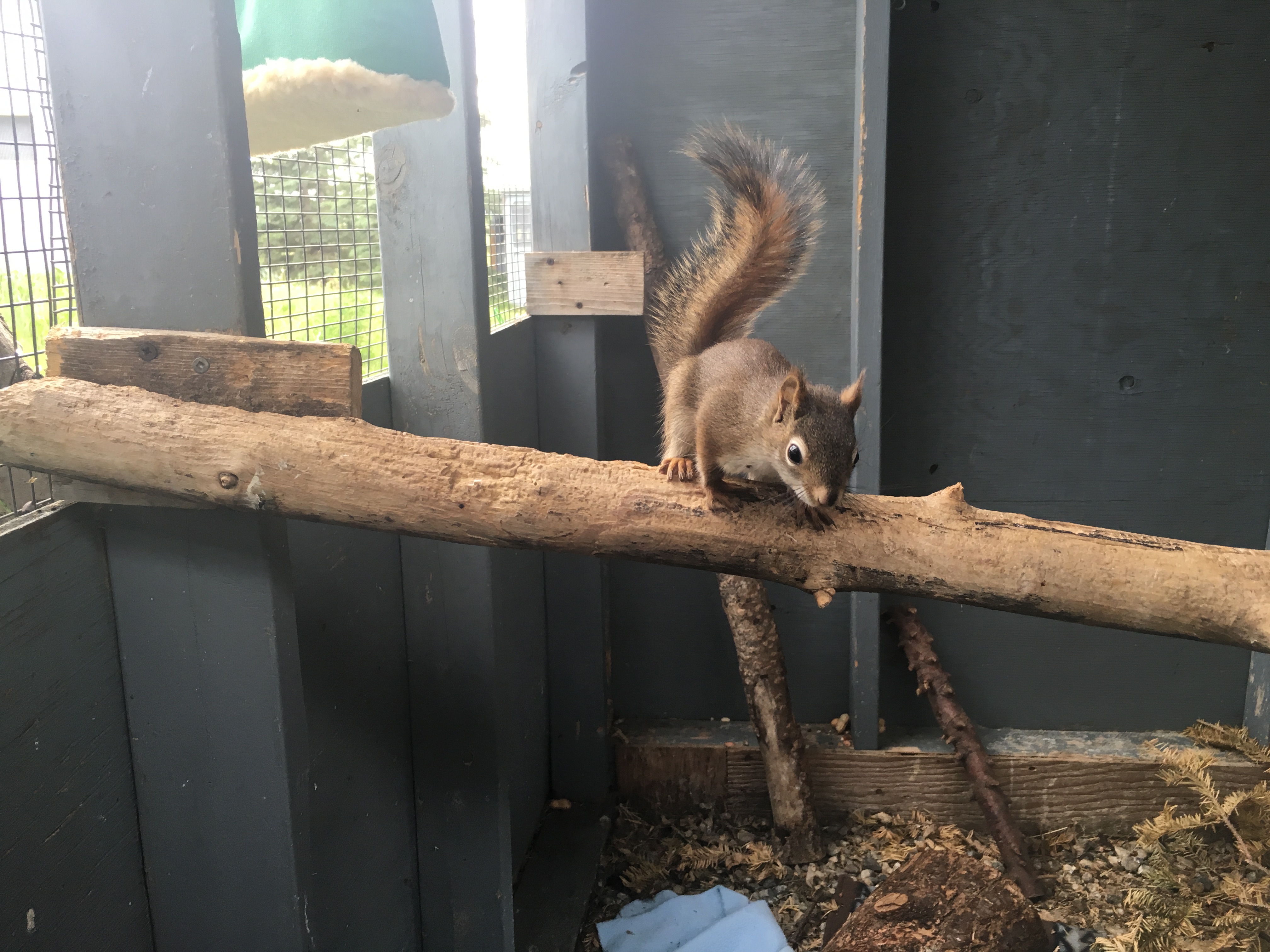 With fall officially here to stay (for the time being), you’ll no doubt spot a variety of animals scurrying about as they make their winter preparations. One such critter you’ll likely spy this season is the beautiful, yet feisty red squirrel (Tamiasciurus hudsonicus). A native to Alberta, this industrious rodent can be easily identified by its signature reddish coat that thickens considerably as cooler weather approaches. But did you know that the red squirrel is closely related to chipmunks? Or that a litter of red squirrels usually clocks in at four or five babies?

In case you can’t get enough of these lovable yet territorial rodents, here are six facts you may not know about red squirrels:

If you happen to see a red squirrel – or any injured wild animal, for that matter – that’s injured or abandoned, please contact AIWC at 403-946-2361 for assistance.

28 responses to “Six Things to Know about Red Squirrels!”