A Tour of AIWC’s Enclosures

One of the most critical components to a successful rehabilitation and release of a wild animal in AWIC’s care is the enclosures we keep them in.

When a patient is admitted, they are given a full examination by the vet and/or vet technicians on staff that day and usually placed in one of the smaller indoor enclosures.

Our indoor enclosures range in size similar to a dog or cat kennel, all the way to the size of a small den or bedroom. The reason they are placed here is to allow AIWC staff to monitor their health, things like their eating behaviour, indifference, and overall condition, before placing them in one of the larger, outdoor enclosure for conditioning before release.

Once patients are healthy and recovered enough to move to larger enclosures, they are placed in the appropriate outdoor enclosure for conditioning before being released back into the wild, usually in the same area they were found.

In the last year, AIWC was fortunate to receive funding to construct several new enclosures for our patients.

Through sponsorship by the Airdrie Rotary Club and Imperial Oil, we saw the construction of aerial insectivore enclosures, which are used for recovering bats, swallows and song birds. These enclosures housed several birds over the last season which were successfully released back into their natural habitats when they were fully recovered and ready. Photo from inside aerial insectivore enclosure taken in February 2018. Song birds migrate south in the winter and are kept indoors if we have any in care during the winter. There are currently no patients in these enclosures. Photo of a mountain bluebird in one of the outdoor insectivore enclosures taken in September of 2017. View from outside of the outdoor waterfowl, aquatic mammal and aerial insectivore enclosures (left to right).

View from inside the outdoor waterfowl enclosure. The facilities are currently incomplete but once they are ready, will have pools that allow the patients to dive and mimic activities they would do in the wild.

Shell Canada sponsored an enclosure for large mammals such as carnivorous mammals like foxes (photo not included in this blog).

AIWC is looking forward to seeing these new enclosures in use in the upcoming busy season!

We also have several older outdoor enclosures, such as the flight cage pictured below. The flight cage is used for large birds of prey to give them plenty of space to stretch their wings and get back into the air before being released. View from inside the flight cage. Several perches allow the patients to choose where they would like to rest between flights.

AIWC has been open for nearly 25 years and as the needs of our patients grows, we will need to expand to grow with them and upkeep existing facilities. We have several other older outdoor enclosures with different purposes that were not featured in this blog.

If you are interested in donating or have information on possible sponsor, we would love to hear from you! Additionally, we are hosting an event on Saturday, April 21 for our 25th Anniversary. For tickets to the event, please visit our website here: https://aiwc.shop/collections/25th-anniversary-celebration/products/25th-anniversary-celebration. Proceeds from the event will go back to caring for wildlife admitted to AIWC.

Our work with National Wildlife Centre 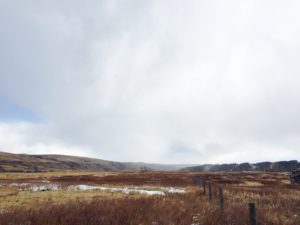 There are exactly 21 days left until the first day of spring (but who’s counting) and while you wait for warmer weather, here’s a list of a few parks in

Fall is a time of change; leaves are turning, children are back to school and birds are migrating. Currently, AIWC has 20 Swainson’s Hawk patients in care for reasons ranging