The Rescuers: Spotlight on an AIWC Volunteer 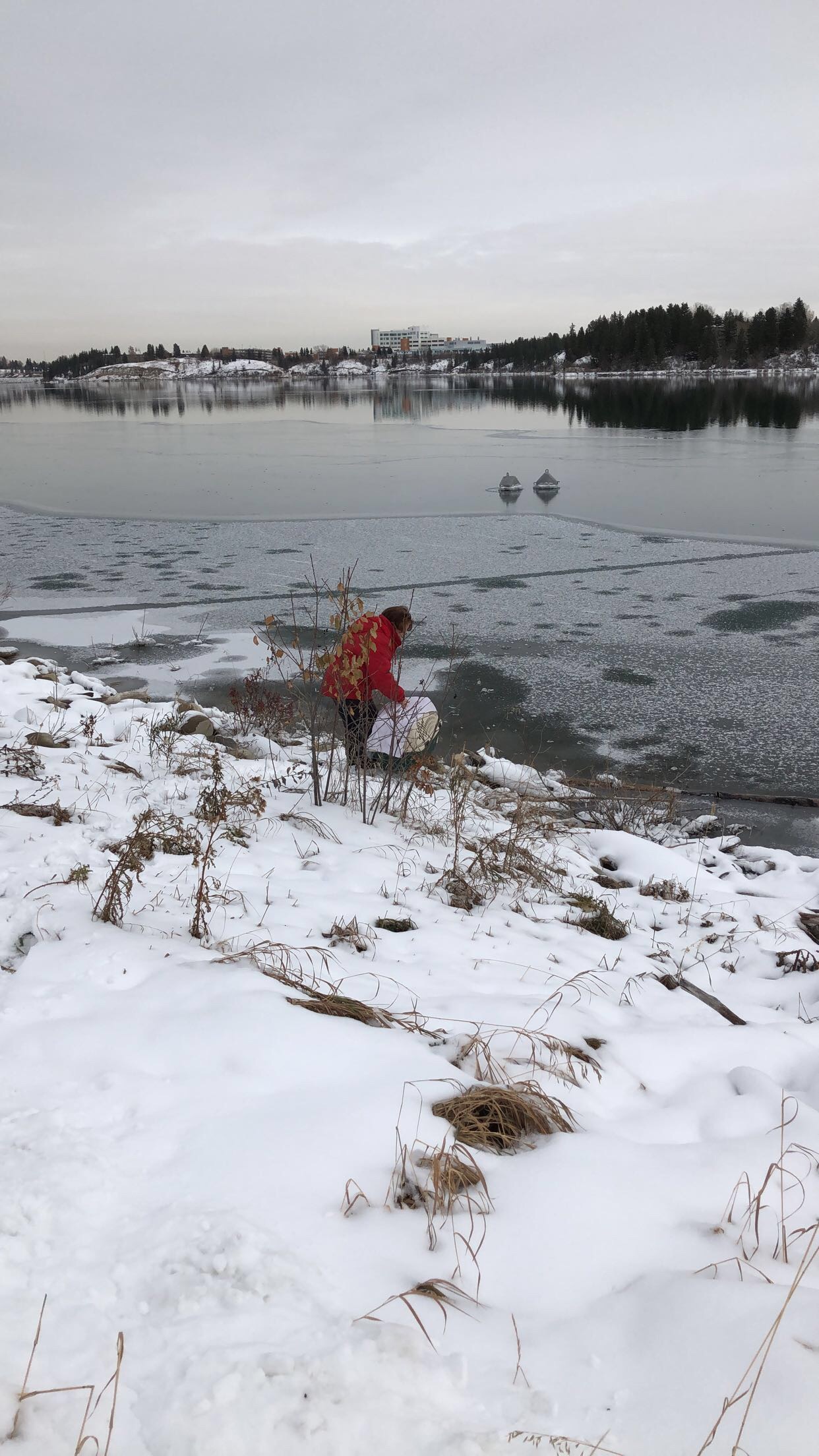 If it wasn’t for a very hungry merlin and an extremely lucky red-breasted nuthatch, I might never have gotten involved in volunteering with wildlife!

Many years ago on a sunny spring morning I stood on my front porch, looking in vain for any sign of wildlife in my brand-new suburban neighborhood.  There was total silence, not a chirp to be heard.  Suddenly, my attention was drawn to my garage roof, where, glory be, a merlin was perching!  Although he was clearly keeping a beady eye on me, I also noted he was gazing studiously at my watering can by the downspout.  I looked over and saw a fluttering of wings inside.  In complete amazement, I pulled out a thoroughly drenched red-breasted nuthatch.  In trying to escape the fate of being the merlin’s lunch, he must have tried to hide behind my downspout, and fell into the full watering can.   Talk about being at the right place at the right time!

One hour later, the red-breasted nuthatch was recovering at AIWC and was released two days later. My very first wildlife rescue sparked an interest in volunteering at AIWC, and I began the following spring as a Rescue Driver.

Among many other tasks, I learned how to safely and securely handle a wide variety of birds and mammals.  Gotta watch those teeth, talons and claws!  Humans are the ultimate predator, and all wildlife patients are terrified when humans approach, never mind when being held.  One needs to understand how to decrease stress and avoid further injury to the patient, but also to oneself!  Birds with long pointy beaks such as herons, loons and cranes, will attempt to stab at eyes; safety glasses are a must.  All mammals will bite; thick leather gloves are your “best friend”.  Birds of prey will grab tightly with their talons, which can easily sink into human skin; knowing how to hold those feet is imperative.  Even “harmless” birds like Canada geese can pose a handling challenge as a blow from their wing can break an arm!

Teeth, Talons and Claws – oh my!

Yes, rescue driving is not for the uninitiated.  It requires skill, knowledge and experience, something I learned the hard way during my first year.  I was sent to a large poultry operation near Calgary to pick up hawk that could not fly.  As the bird had already been contained I figured this would be an easy job; pick up the bird and on and I would be on my way!  Unfortunately, the sharp-shinned hawk had been placed in a small metal dog kennel.  It was frightened and in its attempts to escape, its wings were rubbing against the metal wires.

Rubbing against metal can severely damage the long flight feathers, so I wanted to transfer the bird to my cardboard box quickly.  I donned my leather gloves, popped a towel over the bird and reached in to grab his feet.  Instantly, his powerful talons encircled my thumb. The pressure was incredible for such a small hawk.  Swearing softly, I pulled him into the box and gently but firmly pulled his talons out of the leather glove and out of my skin.  Small beads of blood dotted my bare thumb, where his needle sharp talons had pierced the glove.  With visions of infection dancing through my head, I cleaned my aching thumb and headed for AIWC.  Inside the dog crate the hawk had gone into a defensive position, talons held outward to protect itself against the threat.  I learned to watch raptor feet more carefully in the future!

Fortunately, my thumb and his injured wing healed well.

Out of the multitude of rescues I have done over the years, one incident is particularly memorable, both for its beginning and its ending.  I was called to a Calgary home where a skunk was reported to be stuck in a deck.  The poor Striped Skunk was stuck alright.  He had climbed under a deck through a piece of broken lattice panelling.  In his attempts to leave this space, he tried to crawl through a lattice “diamond”.  Skunks are shaped a bit like a torpedo, narrow in the front and wider in the back.  He was wedged tightly in the lattice panel, trapped firmly behind his shoulders.

I could see the marks in the dirt where this unfortunate animal had scrabbled with his front claws in a futile effort to pull the rest of his body through the lattice.  The air hung heavy with skunk spray.    I could not move him forward, and I could not climb under a deck only 18 inches off the ground.  The finder produced pruning shears and I swiftly cut the skunk out of his wooden prison.  I showed the finder how the skunk had gotten under his deck and with my now critical patient in a box, I sped off to AIWC, and the finder left to purchase material to repair and “skunk proof’ his deck.  My car was rather smelly for three weeks!

After a month of recovery, I was informed the striped skunk was ready to be released and would I like to have the honour of returning him to the wild? I was very grateful to set him free in a natural area far from pesky human homes and dangerous decks.  I spent an hour with him as he ambled about his new home.  It was the perfect ending to what could have been tragic beginning.

Long days and lots of effort…but completely worth it.

Recue driving can involve long days and many kilometers on the car’s odometer.  While there are satisfying times when an animal is rescued, rehabilitated and subsequently released back to the wild,  there are also many sad occasions when a  clearly injured animal cannot be captured, or dies in care.  Even so, I continue on.  If I can help one animal avoid a painful death or offer another the opportunity to fly free once again, it is all worth it!

Are you interested in becoming a rescue driver volunteer with AIWC? Check out our current opening at https://www.aiwc.ca/get-involved/volunteer/individual-volunteering/ and submit your application today! 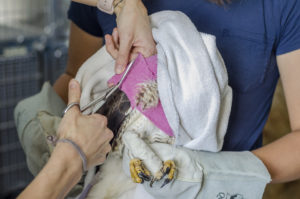 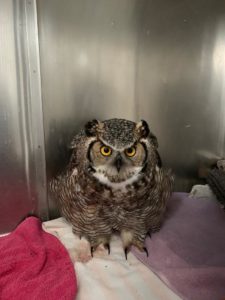 Feathers and Flight: An Interview with AIWC Veterinarian Dr. Jess

Learn how we care for feathers at AIWC!