When it comes to orphaned or injured wildlife, we’re here to help! 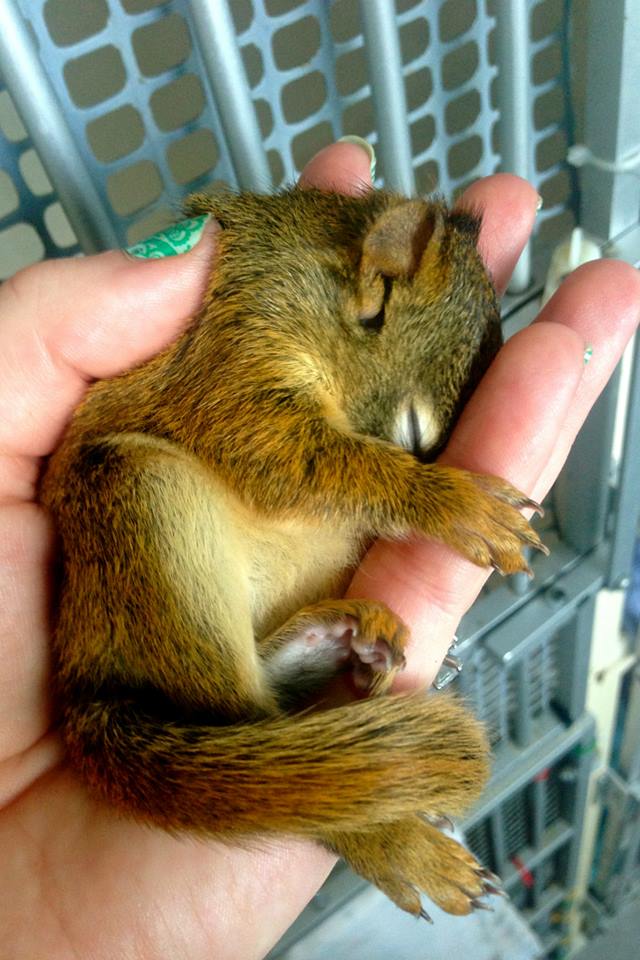 Earlier this year a New Jersey woman found herself in trouble with state officials after taking in orphaned squirrels and caring for them for four months.

Just like in Alberta, keeping wildlife in New Jersey is illegal. The squirrels were seized by Fish and Wildlife officials, and she received a $500 fine.

In Alberta, the Wildlife Act governs all wildlife related licensing, and wildlife rehabilitation centres are issued permits prior to operating. Without a proper permit (and meeting the care requirements needed for obtaining a permit), it is illegal to keep wildlife in your residence or business for the purpose of rehabilitation or to keep them as a pet. Convictions of offences in Alberta can result in fines up to $100,000 and up to 2 years’ imprisonment. Many municipalities also have additional by-laws in place regulating the types of animals that can be kept in a home or residence.

Of course, this is all in the best interest of the animals. It may be tempting to help out an orphaned animal – especially babies – but several species require specialized care and nutrition that is best administered with the expertise of our wildlife biologists (for example, cow’s milk won’t provide the needed nutrition to any baby animal other than a cow!).

Not to mention, wildlife rehabilitation centres have access to medication and x-ray equipment that may be required. It’s an unfortunate truth that AIWC has admitted patients who may have spent a day or two in the home of their rescuers before we were called, and were found to be malnourished or denied needed medical attention as a result. These people certainly had their hearts in the right place, but without the right information and expertise, the animal can still suffer as a result of good intentions.

There is also a real danger of habituating an animal to humans when it is rehabbed in a home situation – they will be too comfortable around people and may never be able to be successfully released or survive on their own in the wild. Dedicated wildlife rehab centres have protocols in place to reduce human interaction as the animal’s health improves, so they are sufficiently ‘wild’ in time for release.

These regulations are also for the public’s safety: there is a risk that bringing wildlife into your home can transmit diseases, parasites, and other zoonoses to yourself or any pets in the home.

Luckily, in Alberta, AIWC is one of several legally permitted wildlife rehabilitation centres and we’re open every day! If you find orphaned, injured, or oiled wildlife, call us immediately: 403-946-2361

If it’s after hours, our Wildlife Hotline or website can point you to a 24 hour veterinary clinic who will admit the animal until we can pick them up the next day. If you’re not in southern Alberta, we can also refer to you a closer wildlife centre.

Of course, the impulse to help an animal in need is entirely correct and we love to see the public engaged in and caring about local wildlife. And if you’re looking to get involved, consider supporting or volunteering with your nearest wildlife rehabilitation centre!

16 thoughts on “When it comes to orphaned or injured wildlife, we’re here to help!”

By Holly Hastings, AIWC Volunteer What is light pollution?  It is classified as the lightening of the night sky by artificial light such as streetlamps and store signs.  Why is