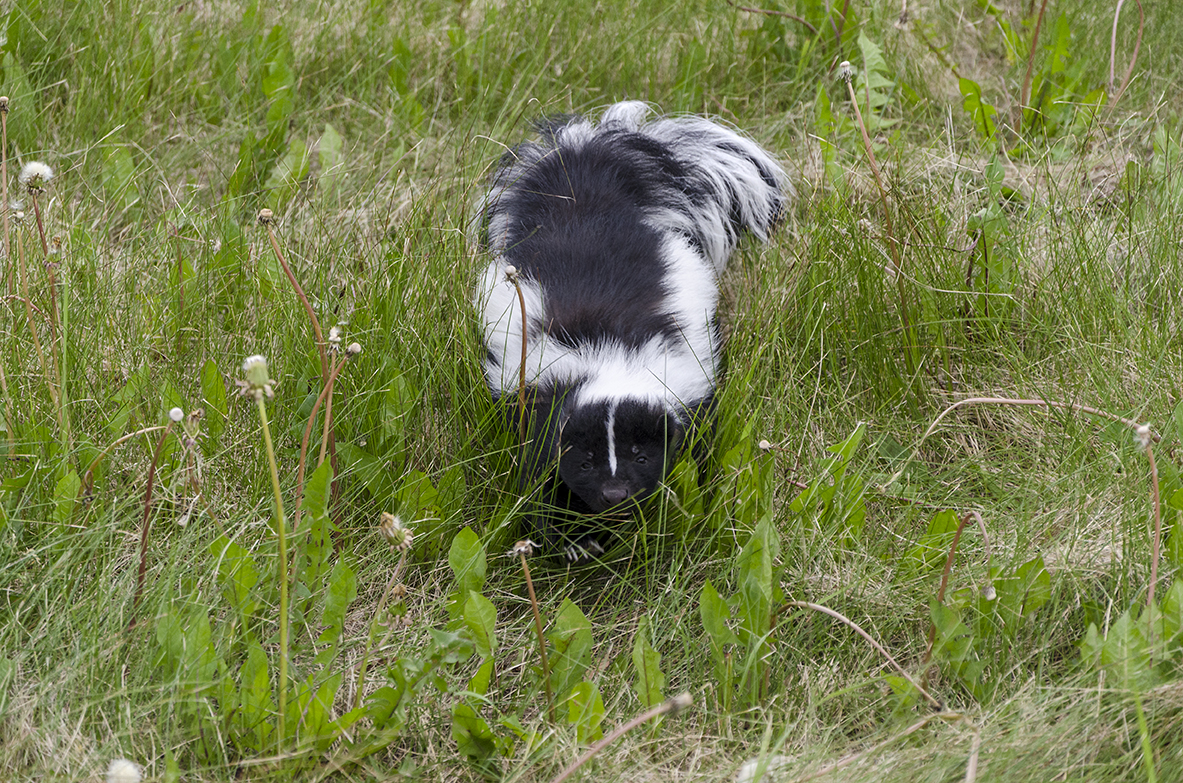 Gulliver, or Gully as he was usually called, was admitted as a kit (baby skunk) in summer 2013.

He was found all alone outside a yoga studio in Calgary. It was evident the moment he arrived
that he was a very special animal.

It soon became clear that this little skunk kit would not be suited to a life in the wild – he relied
on humans too much and was very (too) friendly with people.

After careful review, the decision was made for Gully to become an AIWC education
ambassador. Education ambassadors play an important role at AIWC, helping educate the
public about the hazards wildlife face. Gulliver’s Travels became the title for the many trips
Gully took each year as an AIWC representative.

Gully has been a cherished member of the family at AIWC, and it is with great sadness that we
announce his passing on December 17th, 2016. We will forever miss him and his rambunctious
personality.

Gully was incredibly smart; he knew when you had food in your bag, and would pretend to
give you kisses so he could smell what you may have eaten that day (such a charmer!). He loved
having fresh towels and blankets to make his own bed/nest at night, and he especially enjoyed
a little game he’d invented, where he’d hop on a towel and have you pull him across the floor.

Skunks are some of the most misunderstood wildlife in Alberta, yet they fill such an important role in our ecosystem. Gully impacted the lives of all he met and he was able to help distill the fear and misconceptions so common with his species.

Thank you, Gully, for all you did. We love and miss you so much.