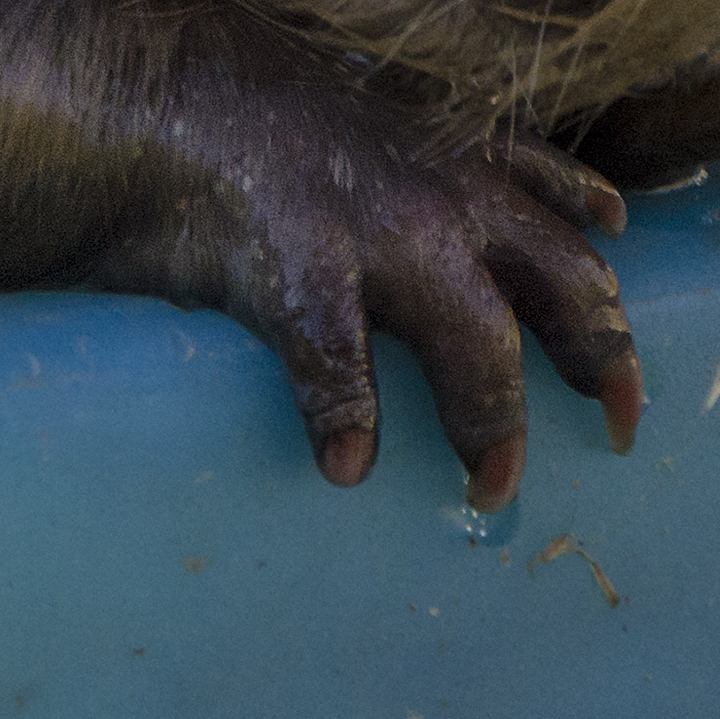 Winter is a slower season for AIWC as many birds travel south and young animals are no longer as dependent on their mothers for survival. That makes this season a great opportunity to learn more about wildlife by observing animal tracks in the snow!

Following tracks can help you learn more about the habits of different species and determine whether the animal is domestic or wild. Domestic cats and dogs can often be distinguished by the meandering patterns of their tracks while wildlife will tend to pick more direct paths. Dogs will often zigzag to explore every interesting scent leaving 4 distinct paw prints in the process while coyotes and wolves will tend to “single-track” meaning their rear paw will land in the same space their front paw leaves. Single-tracking allows wild canines to move more quickly and efficiently while expending less energy. This can be very important between meals especially in the colder winter months.

The size and depth of the track can also give clues about which animal left the print. Ruminants like deer, elk, and moose all create similarly shaped prints with deer being the smallest and moose being the largest. Moose tracks will often include the dew claws as a possible hint.

Tracks can also help determine which direction an animal is moving, but this can sometimes be deceptive. For example, hares lead with their back feet so the larger print will be in the front and indicate the direction of travel despite the tracks appearing to travel in the opposite direction.

A variety of workshops and guided tours are available throughout Alberta in the winter months to help you learn more about identifying animal tracks in the snow. Check with local parks and conservation areas for upcoming courses and enhance your track identification skills!