Birds of Prey: Predators in Peril 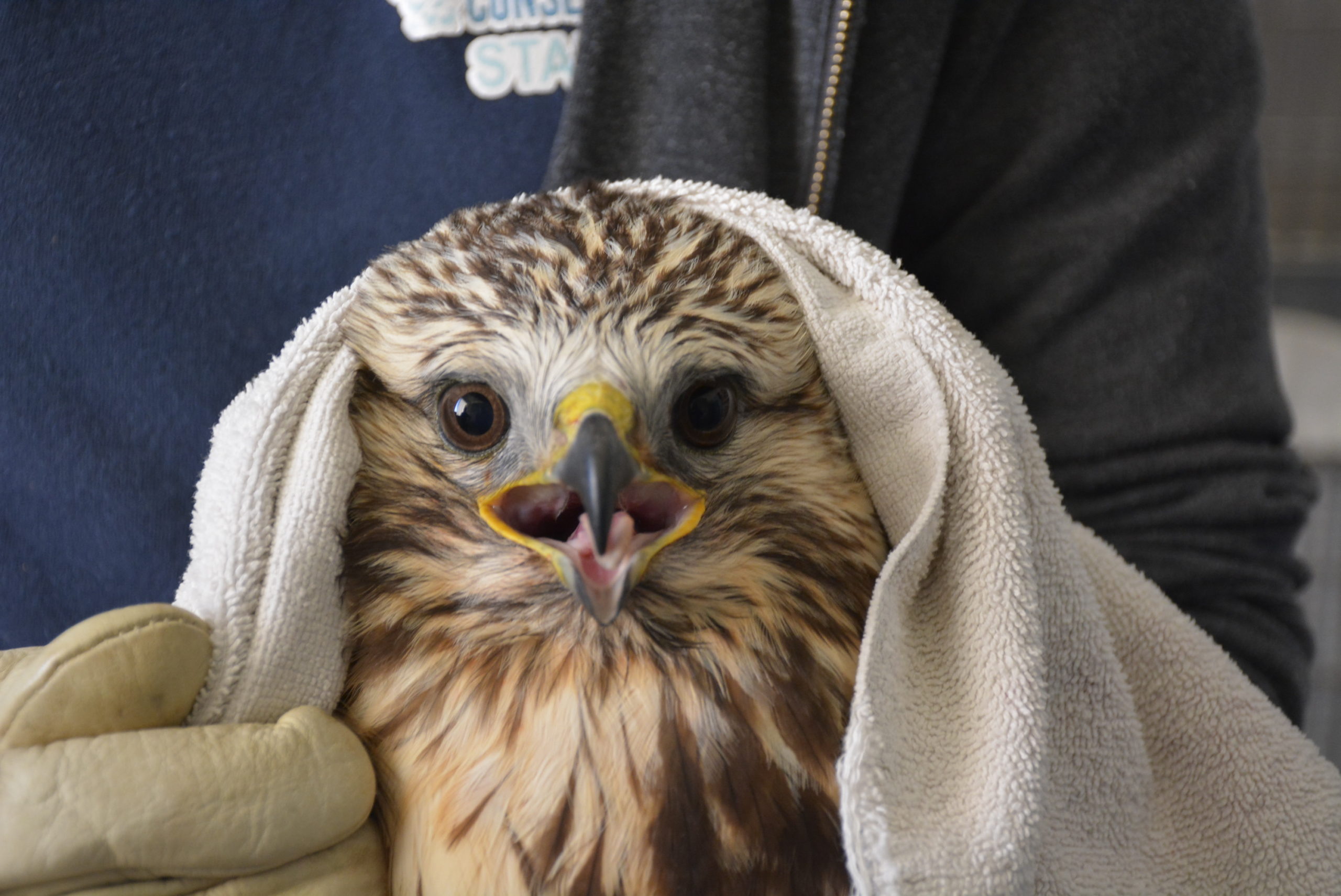 The importance of birds of prey

There are 31 different species of birds of prey in Alberta, including various hawks, eagles, falcons, owls, along with ospreys and turkey vultures[i]. Birds of prey are an important part of every ecosystem, as many are apex predators. An apex predator is an animal at the top of the food chain, and are necessary to keep other species’ populations balanced. For example, in Alberta, these birds help to keep populations of rodents and insects in check, which is helpful to farmers. Birds of prey are also sometimes scavengers instead of predators, and play an important part in the ecosystem by cleaning up the remains of meals from other animals.

A history of poisonings

In the 1960s many birds of prey were almost wiped out from the use of an insecticide called DDT[ii]. Small songbirds ate the insects, and some birds of prey (particularly falcon species) would then eat the songbirds. Because it takes many insects to fill up a songbird, and several songbirds to support a bird of prey, the falcon populations absorbed many times the amount of poisons, and were nearly driven to extinction. Luckily, government intervened to ban DDT in the 1980s [iii]; however, populations of falcons, particularly peregrine falcons, are still slowly recovering from the devastation wrought by this pesticide.

While many birds of prey populations rebounded after the banning of DDT, this does not mean they are completely safe. Today, urban, industrial, and agricultural developments threaten birds of prey from having the space they need to feed and nest ii. Additionally, birds of prey are negatively affected by other poisons, including lead, and the changing climate [iv]. Lead ammunition is still legally used in Canada, and is one of the leading causes of eagle injury and death at AIWC. It only takes a small amount of lead leaching into a carcass or stream to be fatal to eagles, and this poisoning is extremely difficult to treat. In 2020, AIWC admitted 12 eagles with lead poisoning, and despite all our efforts, only one of the 12 survived.

Protecting our birds of prey

In Alberta, the Wildlife Act protects these birds from being harassed, hunted, or killed in any way ii. Some species, including the bald eagle, golden eagle, and osprey are considered ‘sensitive’ meaning that their populations are not secure [v], and care should be taken to ensure their continued survival. Still others including the ferruginous hawk, peregrine falcon, and burrowing owl are considered ‘threatened’ under the Wildlife Act v, meaning that their populations are at risk of becoming endangered or extinct if action is not taken to protect them. You can help birds of prey by avoiding the use of chemicals and poisons on your property, not using lead ammunition, and by giving them the space they need to hunt and raise their families. Quick action can save bird of prey lives – if you see a bird of prey that needs help, please call AIWC or your nearest wildlife rescue as soon as possible!