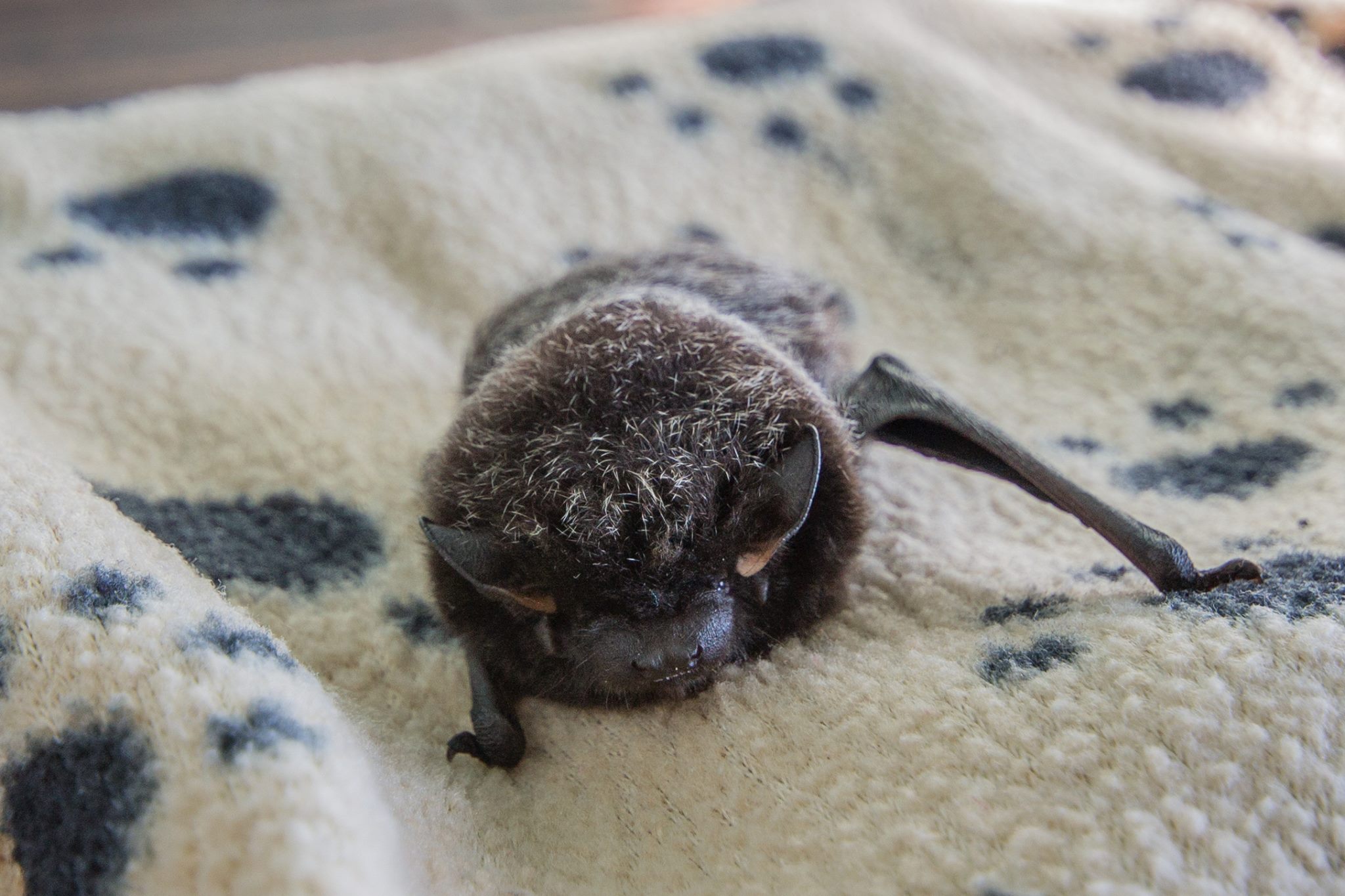 You might have this reaction if you ran into one of Alberta’s flying, nocturnal critters like the big brown bat or the little brown bat.

Poor bats have a bad reputation. Between Halloween, vampires and all sorts of myths, bats have been portrayed as dangerous cave dwellers and Dracula’s side kicks!

Well… they do like caves. But the truth is that bats are friendly, peaceful mammals that avoid people.

Alberta’s bats are incredibly unique, valuable critters that feed almost exclusively on insects. They enjoy tasty night-time active bugs like moths and beetles and even help us by eating pesky mosquitos and flies.

A fun bat fact? Despite spending most of their time snoozing upside down, they are the only mammals that can truly “fly.” Using special “hand-wings” made up of membranes in their legs, bats can swoop and soar easier than most birds can!

One of the coolest things about bats is how they find their way around. Contrary to popular belief, bats are not blind! They have short-range vision that can help them navigate darkness. Their main navigational tool however is echo-location.

Ultrasonic waves bouncing off objects provide bats with an echo that allows them to determine where and what an object is. Neat right? Bats are so good at “hearing” objects that they don’t even get confused when flying around thousands of other bats!

So where might you run into one of these special critters? In the summertime, Alberta’s bats like to hang out… well pretty much anywhere! Forests, foothills and parklands are habitats for many bats but some city slickers enjoy setting up camp in urban areas, roosting in buildings, barns, garages caves and many other dark crevices.

You’re not very likely to run into a bat in the winter. A lot of bats opt to go on vacation, heading south for the colder months. The ones that stay behind hibernate, going into an intense energy-conserving state that allows them to sleep until the warmer weather returns.

This is why you should try to avoid waking up a sleeping bat! Hibernating bats don’t have a lot of energy to waste, and disturbing them can cause them to use up a lot of energy, leading to starvation. In fact, according to Alberta Environment and Parks’ website, it is illegal in Alberta to disturb bat hibernation sites between Sept. 1 and April 30.

So forget all the bad things you might have heard about bats and remember that these furry, winged mammals help with insect control and play a huge role in Alberta’s ecosystem (and they definitely aren’t friends with Dracula.)

From January until now, AIWC has taken in big brown bats, little brown bats and silver-haired bats.  Check out AIWC’s Instagram account for a video of a baby big brown bat patient eating his dinner!

IT ALL COMES DOWN TO THIS:

“We don’t own the earth. We are the earth’s caretakers. We take care of it and all the things on it. And when we’re done with it, it should be left better than we found it.” ― Katherine Hannigan, author.

By Courtney Collins, AIWC Volunteer Did you know that bats are the only mammals that can fly? Not only are they incredible fliers, but they are also considerate neighbours and