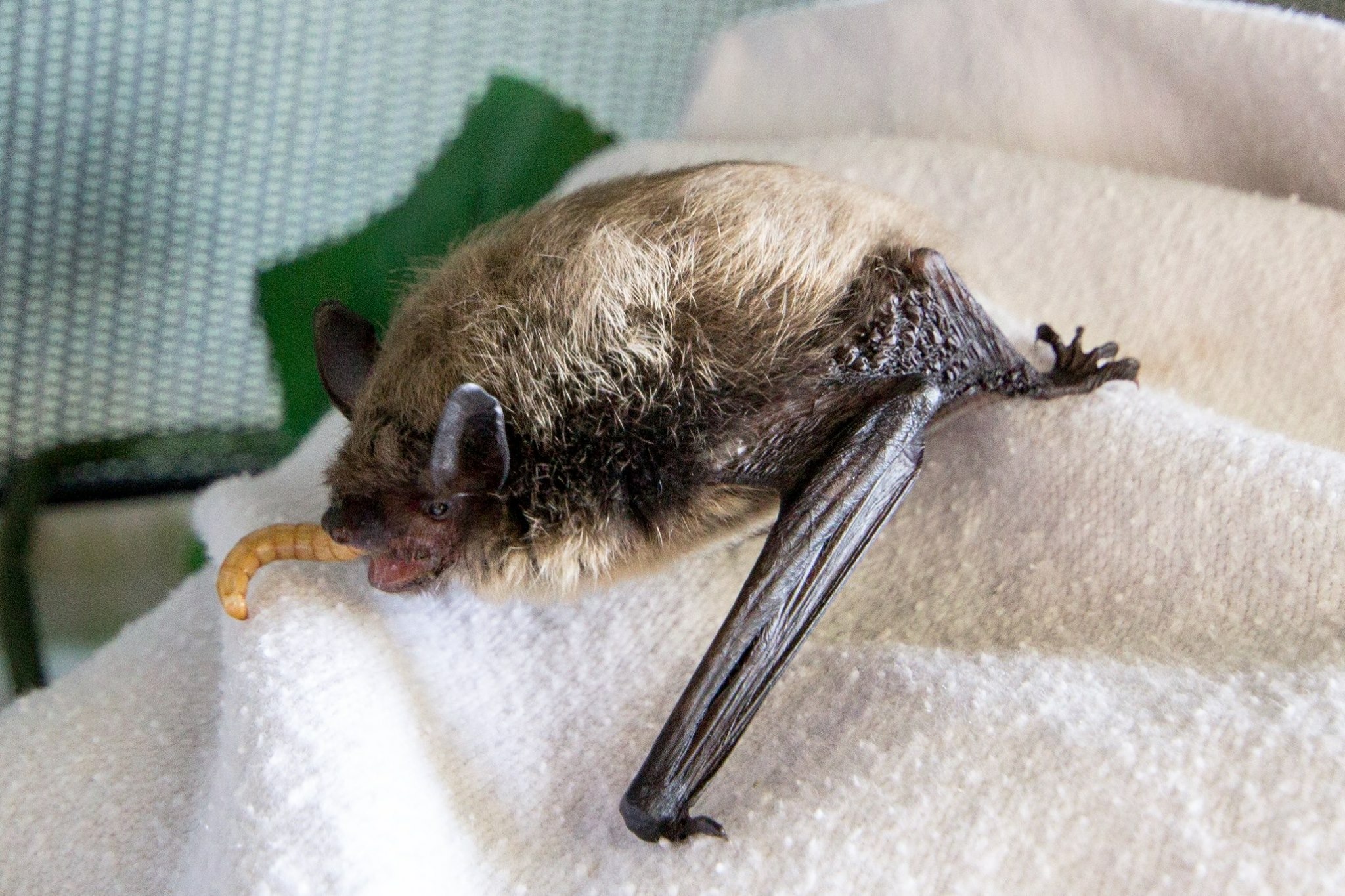 The little brown bat, or Myotis lucifugus is the most common bat in Alberta. Aptly named for its size and colour, the little brown bat weighs approximately 8.5 grams and is light brown to reddish or dark brown in colour. Their ears and wings are dark brown to black, and their wings generally lack fur. Their wingspan is between 25 and 27 centimeters, with females being moderately larger than males.

The little brown bat is a true flying mammal that relies on echolocation to obtain information about its location as well as to find its food. The bats’ echolocation calls have a very high frequency and cannot be heard by people. When not searching for food, little brown bats make echolocation calls at about 20 calls per second, but when hunting, they can give out as many as ten times more calls per second. Little brown bats eat a large variety of small, flying insects. They normally eat mosquitoes, mayflies, moths, flies, beetles and midges but will feed on whatever type of insect is available. The bats normally go out on two feeding expeditions a night, once at sunset and then again before sunrise. In between feedings the bats rest and digest their food before heading out again. Suckling females can consume up to their weight in insects each night. In general most little brown bats ingest about 1000 insects per night, which is approximately half their body weight!

Little brown bats hibernate in the winter. They prefer cool, dark, humid places where the air does not move. Bats come out of hibernation in the spring when the temperature goes up and insects are emerging. This could be as early as April or as late as May. The bats’ summer roost commonly includes attics, rafters, under siding and barn hay lofts but they also use places like hollow tree trunks and bat houses.

Unfortunately, little brown bats are at real risk of contracting White Nose Syndrome disease, a destructive disease that grows in caves where bats hibernate. White Nose Syndrome is a fungus that was likely brought to Canada by cave explorers or spelunkers who may have carried dirt from European caves on their gear. This disease causes a fluffy white fungus to grow on the bat’s nose, wings and other bare skin during hibernation. The growth on the nose causes the bats to wake from hibernation due to dehydration as well as possibly to groom the fungus off.  This repeated waking drains the bat’s fat reserves, causing them to starve during hibernation.

Although some people are afraid of bats and think they are spooky and scary, little brown bats are very beneficial to humans. They help people to enjoy the outdoors more by devouring large quantities of pest insects. This may even further help humans by limiting the spread of diseases and reducing the need for pesticides. Little brown bats have their place in nature, just as any other creature does!