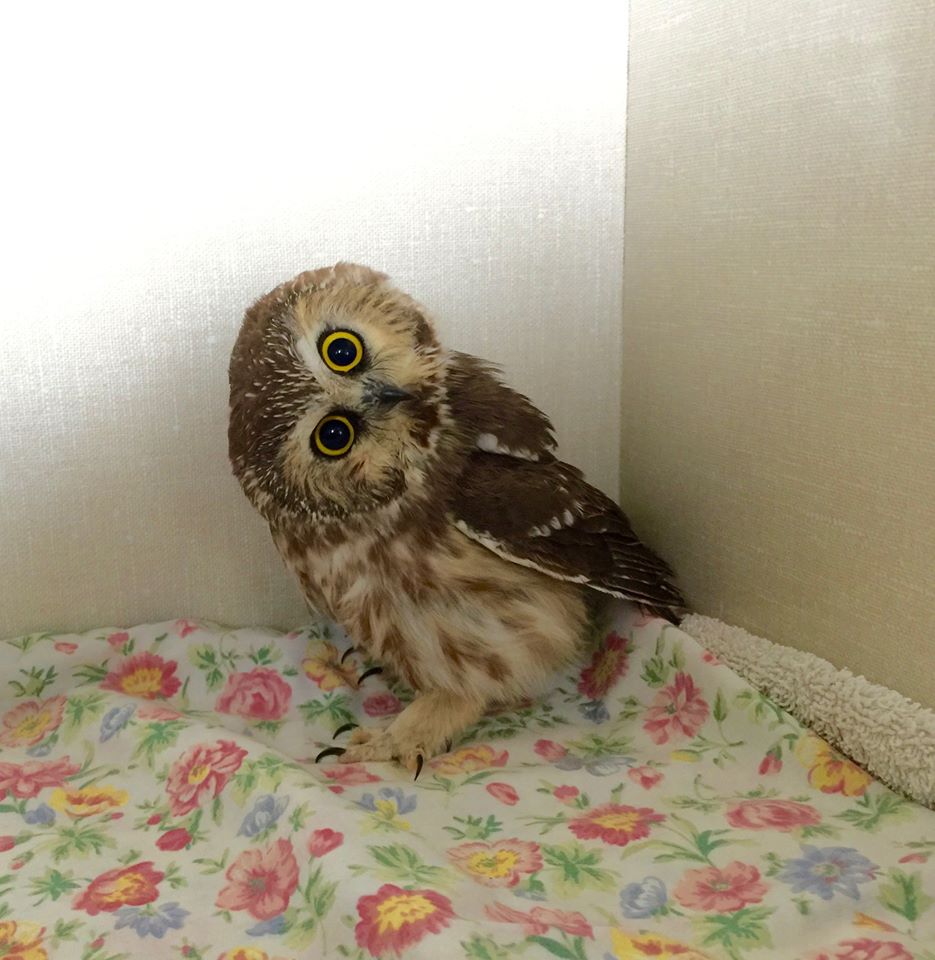 The Northern Saw-whet owl is known for their small size, over sized head and cat-like face. But what they lack in size, they make up for in attitude!

These little owls can be found in coniferous and deciduous forests across North America. They are nocturnal forest birds, roosting in dense vegetation during the daytime, often near trunks of evergreen trees.

Unless your looking, you aren’t likely to see one of these little owls since they roost in nests just above eye-level.

They are fierce hunters, stalking and killing mice and small mammals, specifically deer mice, shrews and voles mainly at dusk. They use what’s called the “sit and wait” tactic, dropping down onto prey from low hunting perches. When there’s no shortage of prey, a Saw-whet owl can kill as many as six mice in succession. They then store the kill in a safe place, thawing them out to eat in the winter. Resourceful!

These little mammals have a shrill, penetrating territorial call that sounds sort of like a repetitive note being played on a flute.

Along with a flute-like call, these owls make a “skiew” call when alarmed that sounds like the whetting of a saw, which is exactly how they got their name!

And they really are vocal little owls! During breeding season —between March and May—they use a monotonous, whistled “hoop” as a courtship call. And this call can last for several hours without a break!

Because they like to move around, Saw-whet owls aren’t likely to form permanent bonds, but they are great parents!

After a female has been attracted to a male’s call, the male will fly above the female or take her to his nest site. The male will land next to the female and do a funny head bobbing, shuffling dance, sometimes even offering her a dead mouse! Pretty sweet, right?

Northern Saw-whet owls like to nest in old woodpecker cavities. Females lay about three to seven eggs and do all the incubation for the 21 to 28 day period.

Parents continue to care for young for several weeks after they’ve left the nest, and the young-lings fledge at four to five weeks.

Northern Saw-whet owls can live up to ten years!

These small, beautiful owls are just another example of the diverse and precious wildlife thriving right here in our province: just another reason to protect and care for wild animals.

The wildlife and its habitat cannot speak, so we must and we will…” –Theodore Roosevelt

1 thought on “Small but Sharp: The Northern Saw-Whet Owl”