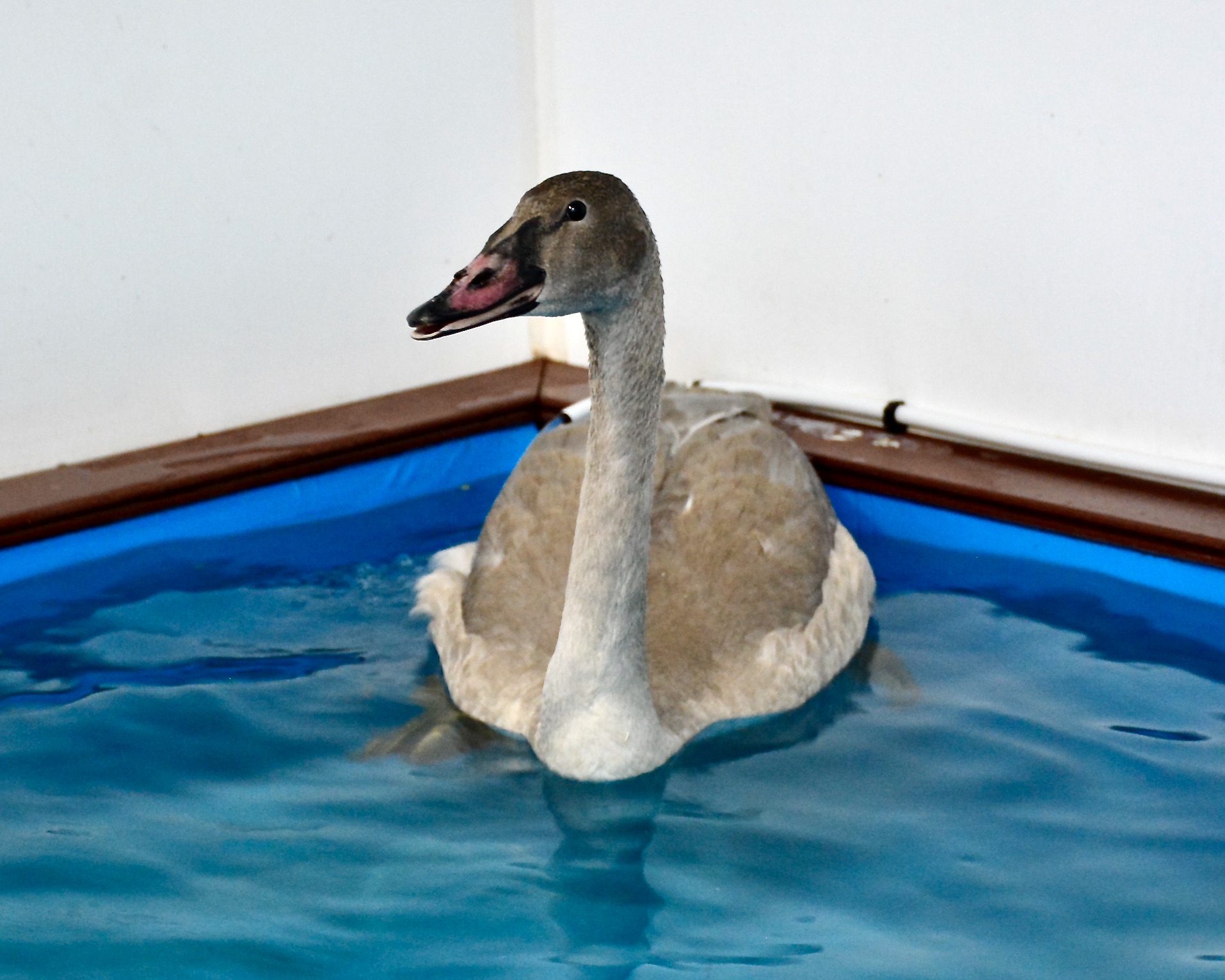 It was a late winter’s day in northern California, and the flock of tall white birds were honking sonorously among themselves as they bustled along the shoreline.  A keen observer would notice that many birds were paired up, calling softly to each other. Here and there, two birds faced each other and while extending and slowly waving their wings, bowed their heads and long necks in  graceful back and forth movements. In a duet, they produced a series of long melodious sounds, for even though it was not yet spring, and the birds were thousands of kilometers from their northern breeding grounds, courtship had begun for the tundra swan. Soon, the great 6000 km spring migration to their northern breeding grounds on the Arctic tundra would begin[i] [ii]. It takes time to raise a new generation of Tundra Swans, so their arrival in the north is timed for late May or early June, even though snow still clings to the ground, and the ponds are still covered with ice.

Both a lover and a fighter!

The pair bond is very strong among tundra swans, and most birds stay together for life.  Young birds find a mate around age four or five and then they “go steady” for a year before actually breedingi. Although the swans are highly social and gregarious outside of the breeding season, they are solitary nesters and the younger birds spend their first year together learning to locate and defend a territory.  Tundra swans can be very formidable opponents and any intruders can expect fierce defense from the resident pair.  Interlopers may even be physically tackled or even trampled[iii].

Both adults build a nest of sticks, lined with grasses, lichens and mosses, located close to a tundra pond or lake. The female uses her feet and body to scrape a cup shaped bowl into a mound and both birds use their bills to deepen the bowl.  It takes about four to nine days to complete the nest, after which four to six cream coloured eggs are laid.  Only the female broods the eggs during the 31 to 32 day incubation period; her mate stands guard close by. Predators such as golden eagles, jaegers, wolves, foxes and bears can result in egg and cygnet loss, but as the Arctic growing season is so short, affected birds will not try to nest again that year. Fortunately, adult tundra swans are quite capable of driving away most predators!

Talk about a growth spurt…

The cygnets hatch in early July and are able to walk and look for food only hours after their light grey down dries.   Both parents help the babies find food and also will sit on the cygnets to protect them from the cold and provide protection from hordes of voracious Arctic mosquitoes. The family stays on their territory for the short summer, spending their time feeding on tubers and roots of aquatic plants.  The cygnets grow at an enormous rate and after 70 days they may be 28 times their hatch weight of 180g. By early September, the cygnets are fully feathered and the family flies to larger lakes and congregate with other tundra swans in large sociable groups.  As the weather continues to cool, large flocks of up to 100 or more birds start their long journey south, flying in graceful “V” formations to their wintering grounds along the “Pacific Slope” in California[iv].

The early bird gets the space around the ponds!

In Alberta, tundra swans are among the earliest birds seen during spring migration.  They fly through the province between mid-March to the end of April, often stopping over for one or two weeks to feed at places like Frank Lake, Ghost Reservoir and along the Bow River[v]. Tundra Swans have even been spotted in meltwater ponds along Symons Valley Highway, close to AIWC. On their way south, the flocks take shorter breaks but can be seen in farmers’ fields, foraging for corn or wheat leftover from harvesting.

Tundra swans are beautiful, rugged and hardy birds.  Keep an eye to the sky in early spring and count yourself fortunate to spot these glorious birds “whistling” high overhead on their way to the tundra country!