You may have noticed the swift flight of little birds as you drive over a bridge, walk along a creek or float down the river. These birds are swallows, the topic of this blog!

Swallows are members of the Passeriformes order, colloquially referred to as passerines. Passerines are the most common order of birds, and include more than half of all the bird species. Swallows can easily be identified by their small size and deep fork in their tails. Ancient mythology alludes that the swallow has a forked tail because it stole fire from the gods to bring to people. One of the gods was not happy about it and retaliated by throwing a fireball at the swallow, singeing away the swallow’s middle tail feathers (Cornell University 2015a).

Several swallow patients are admitted to AIWC every year, and often these patients are young nestlings which require feedings every 30 minutes (this is very time intensive!). Lovely donations of knitted bird nests (imagine tiny touques) that we have received in the past mimic natural nests and help swallow nestlings stay close to their siblings. The swallows pictured in this blog were intakes as nestlings because their nest had been attacked by a cat. Through help from our dedicated staff, volunteers, and donations from you, they will soon be ready to be released back into the wild, their natural habitat! 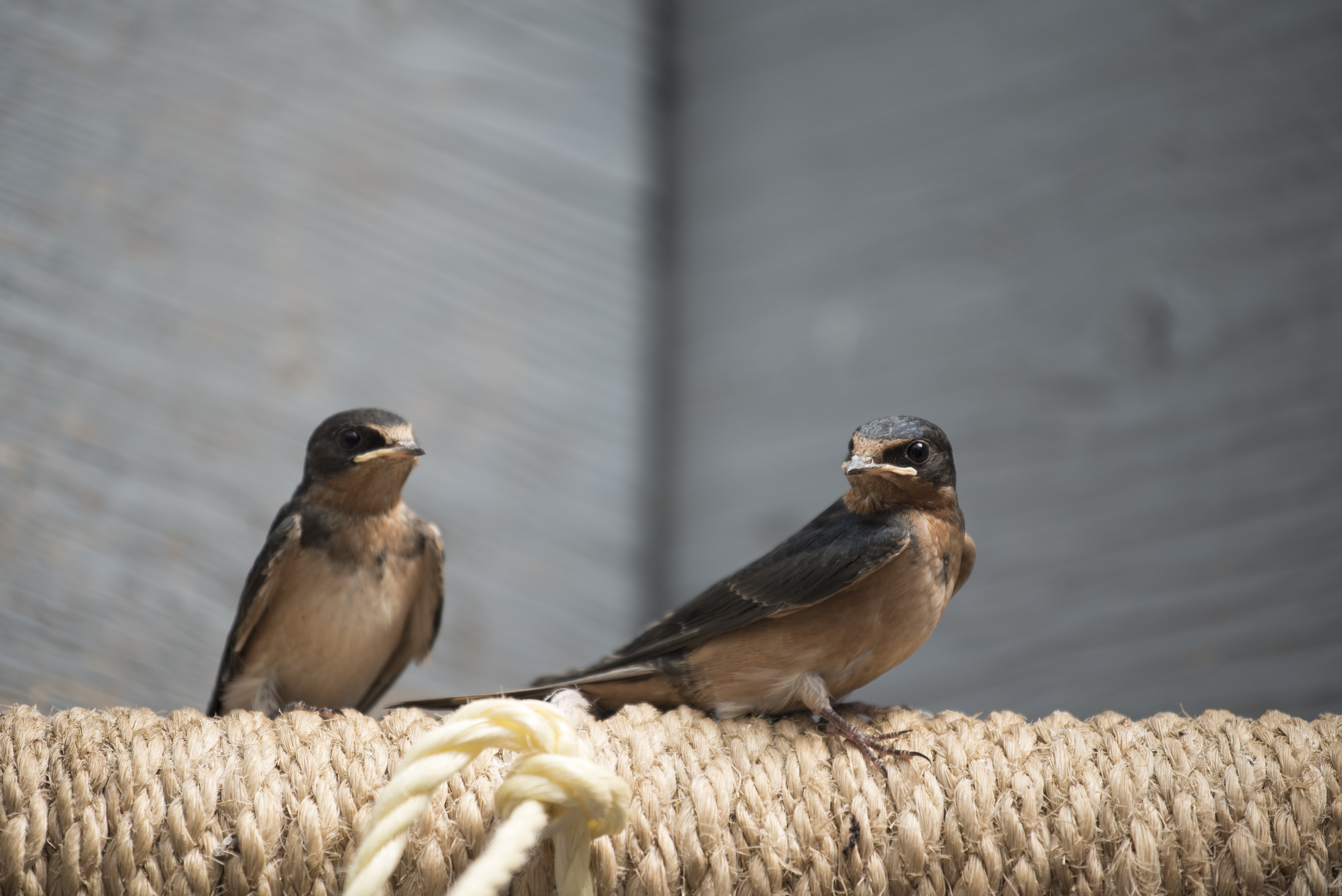 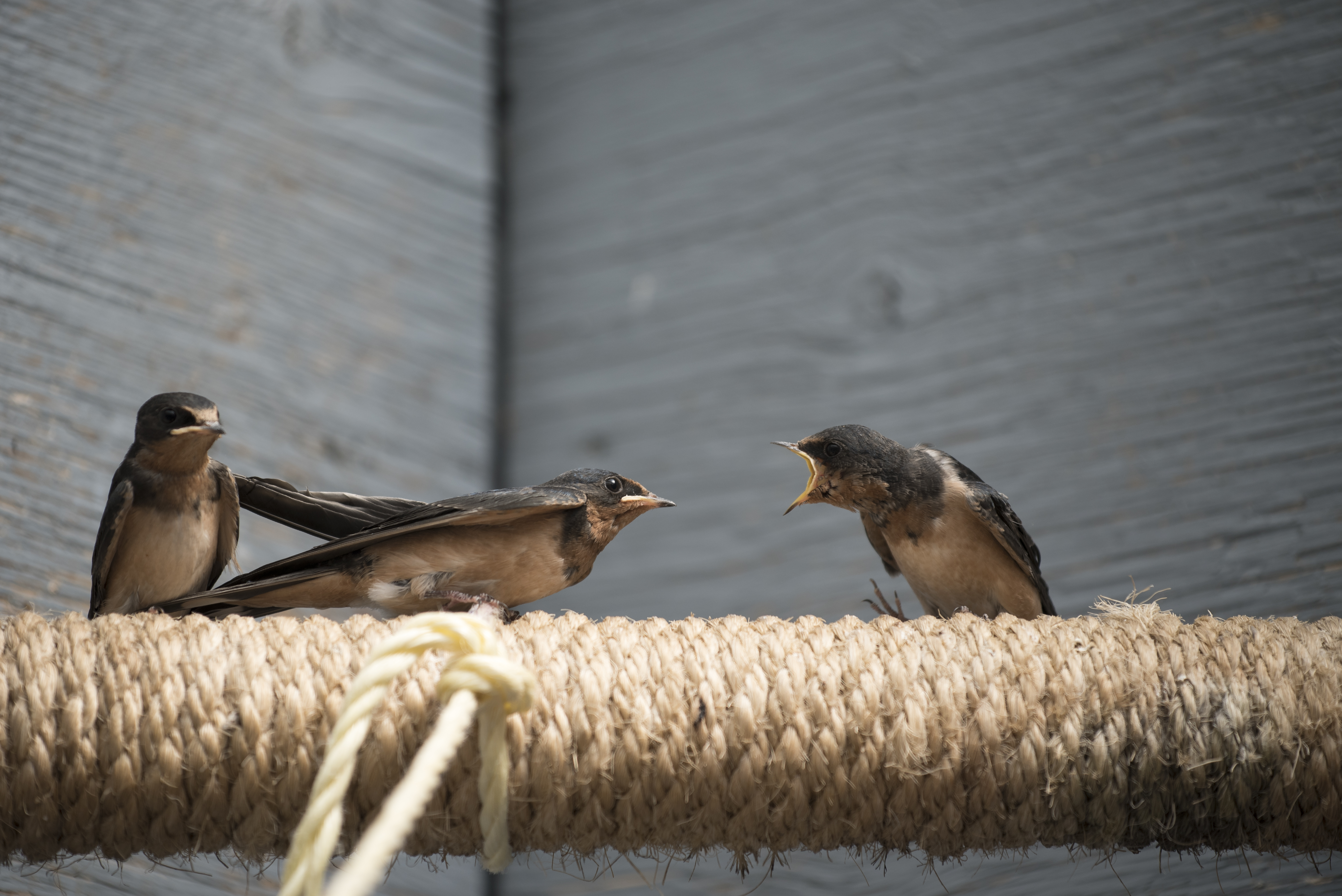 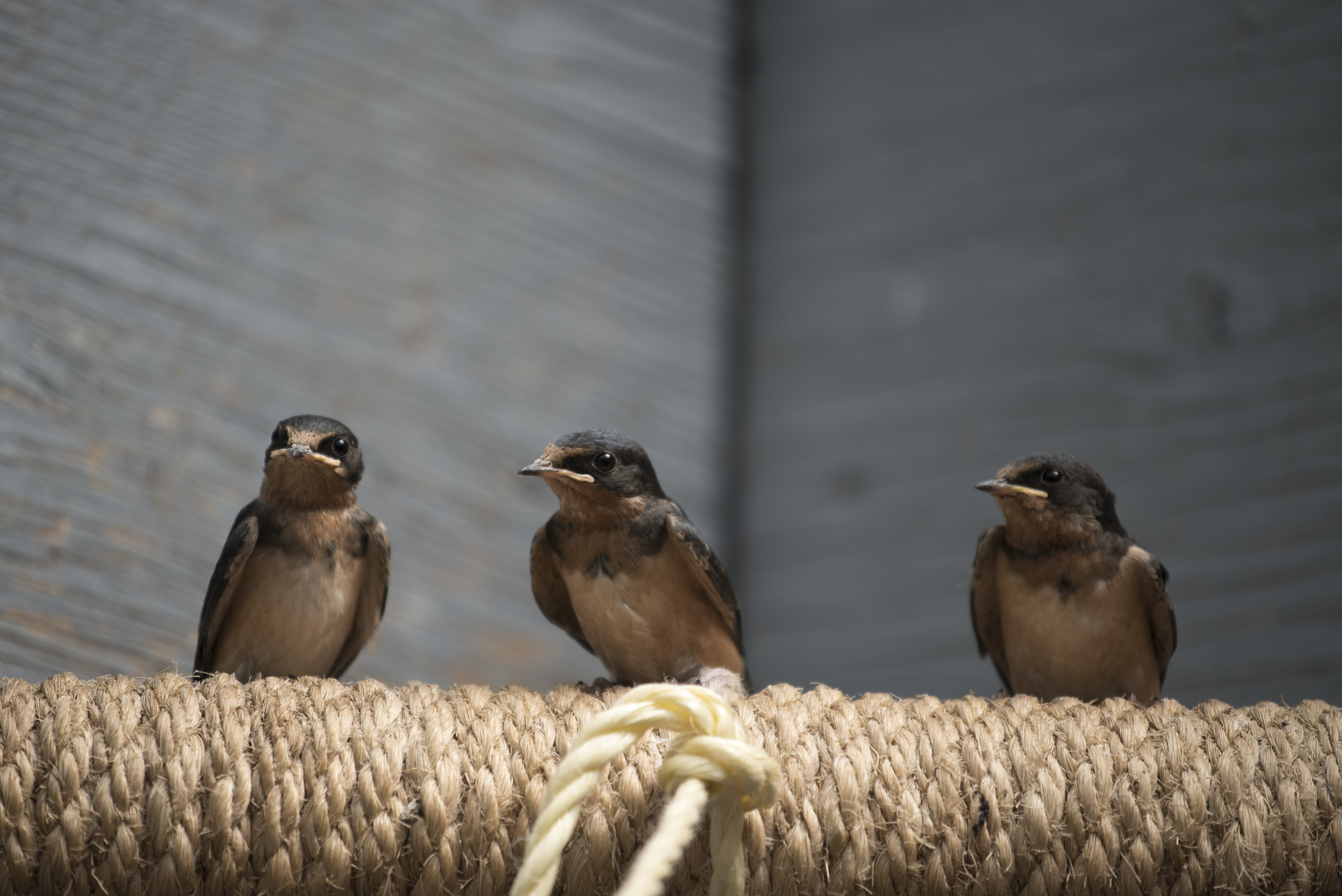 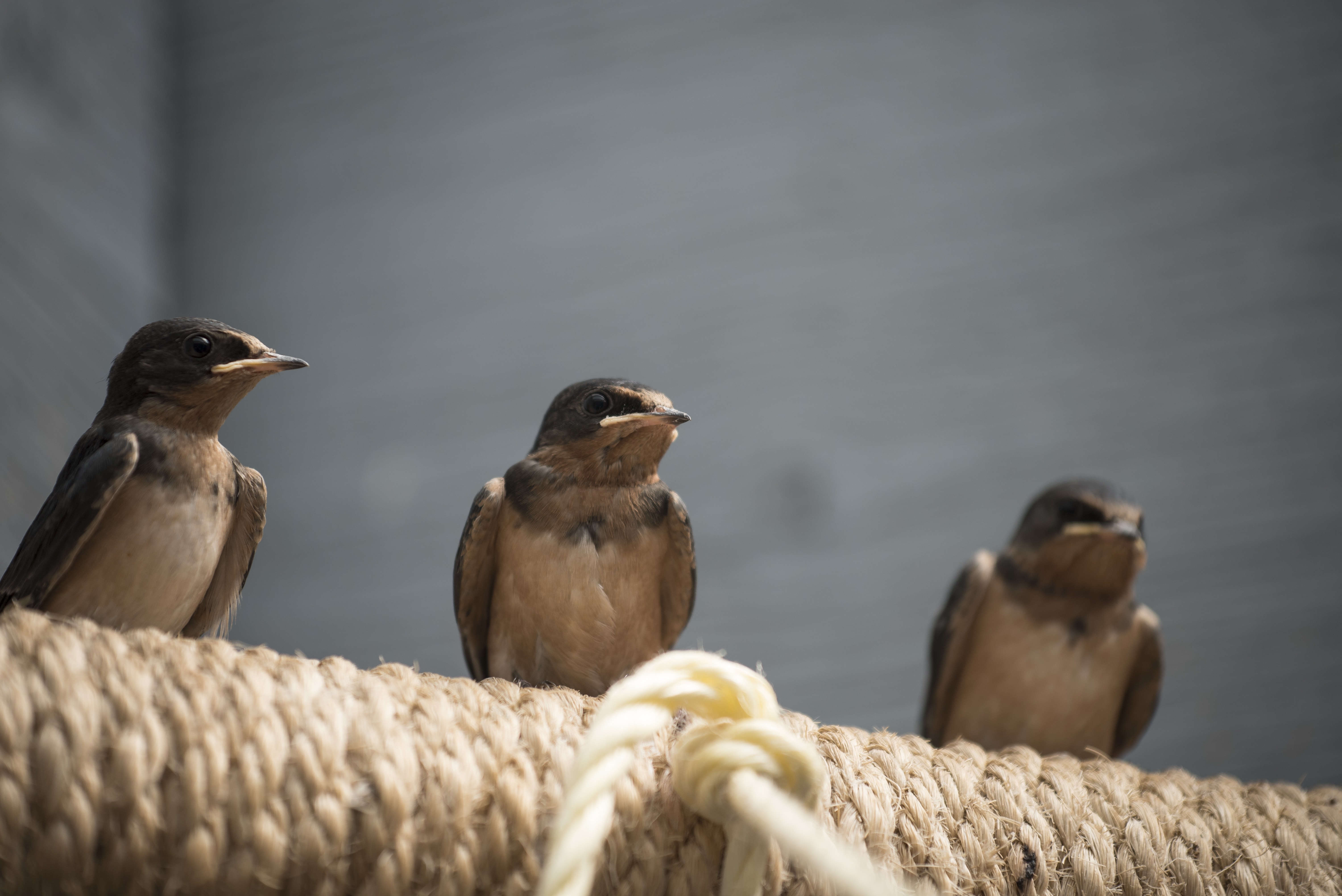 One of the most fascinating things about swallows is how these birds demonstrate smooth aerial acrobatics. They can be seen diving and darting in all directions and are very much in control of their flight paths. Swallows are aerial insectivores, meaning they catch insects in flight as their main source of food (it can be quite captivating to see first-hand!).

Swallow nestling patients that we receive at AIWC are formula-fed from before they even open their eyes, and are fed mealworms by tweezers as they get bigger. Once they graduate into an outdoor enclosure, they are encouraged to fly around and have been known to steal mealworms from a pair of tweezers that were meant to be fed to another swallow waiting nearby for their meal. Patients who demonstrate this behaviour have a high chance of success in the wild!

Cliff swallows are the most similar in colour to barns swallows but are mostly grey with a tawny brown/rust-coloured neck, blue head, and white spot on their foreheads. While tree swallows are white blue, violet-green swallows are emerald green and white, and northern rough-winged swallows and bank swallows are mostly brown.

Although there are several different species of swallows that may appear similar in size, behavior and sometimes colour, they have each adapted to their own unique habitat.

Time for some interesting facts about swallows that you might not have already known!

Remember, if you see injured or orphaned wildlife, you can contact AIWC (403-946-2361) for help and assistance if you think the animal is in distress.