The Ravishing Raptors of Southern Alberta 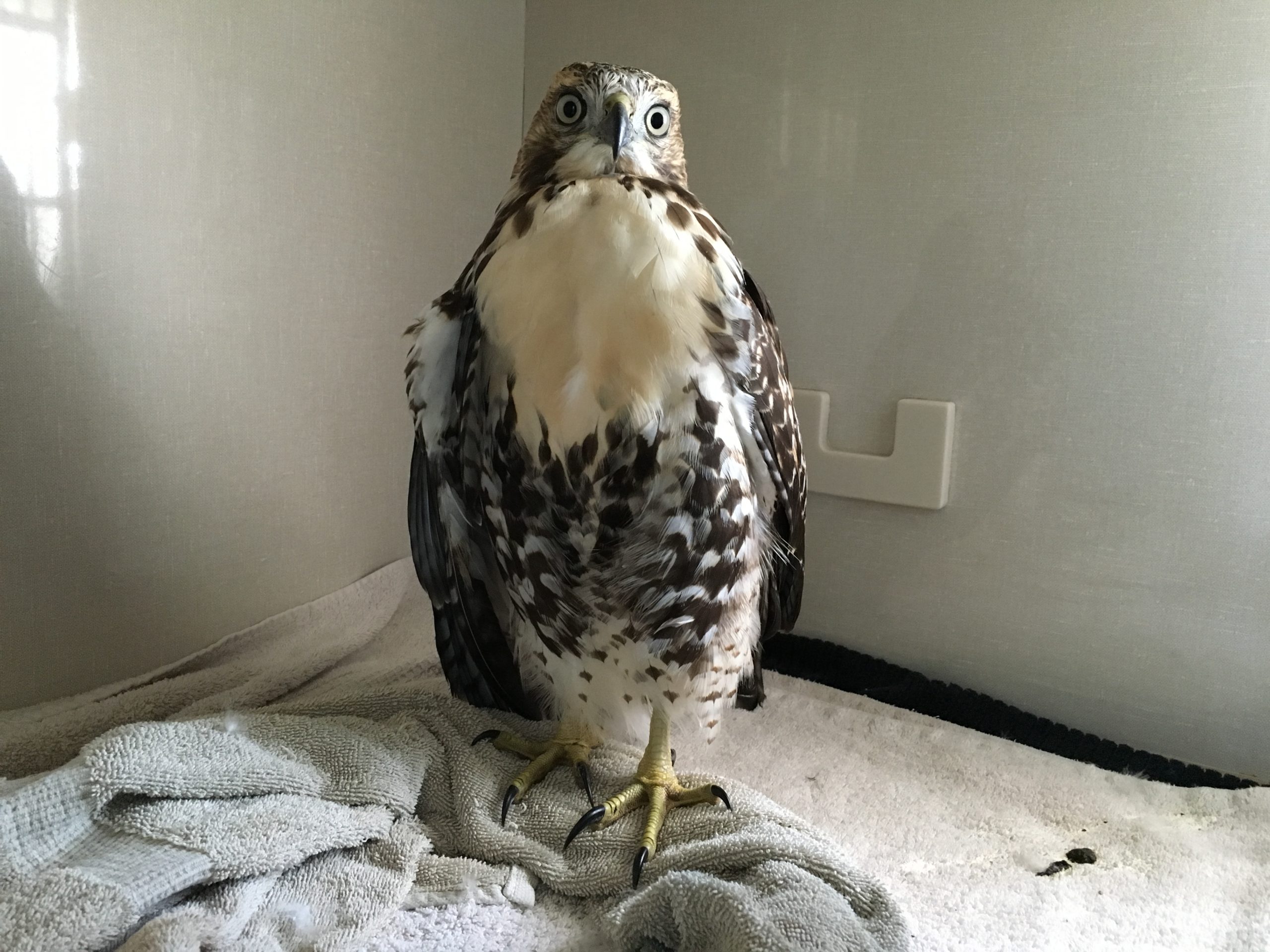 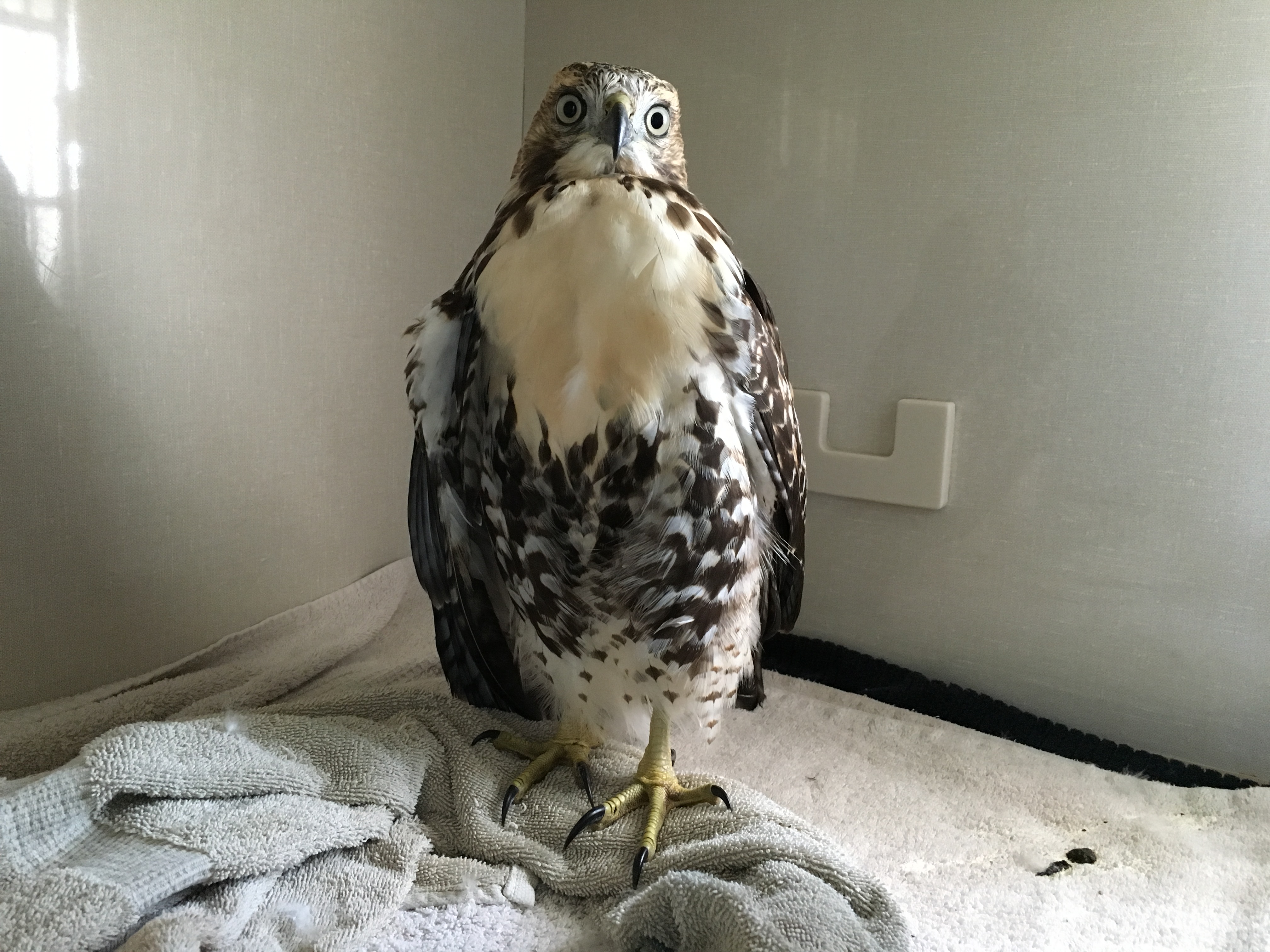 Have you noticed any long winged, curved-beaked, talon-clawed birds soaring through the sky this summer?

Yes? Then you are witnessing Alberta’s raptor season!  No, not Jurassic Park raptors, BIRD raptors!

Birds of prey, like hawks, falcons, owls and eagles are known as raptors.  Their tough, hooked beaks and sharp, curved talons make them experts at catching and devouring snacks like mice, ground squirrels, small birds and other rodents.

These soaring species’ have amazing eyesight!  How else would they be able to spot tiny mammals from all the way up in the sky?

While owls have unique features, Alberta’s hawks and falcons can be tough to tell apart.

Common falcon species in Southern Alberta include the American Kestrel, Merlin Falcon, Peregrine Falcon and Prairie Falcon.  Some hawks you might see around include the Swainson’s Hawk, Ferruginuous Hawk, Harrier Hawk or Red-tailed Hawk.

Here are a few clues to help you identify the raptors of Alberta’s skies.

Clue #1: Falcons have smooth, pointed wings, while hawks have “fingers” or edges to their wings.

Clue #2: The Swainson’s Hawk is one of the most common species living on the prairies.  (In fact, right now, AIWC is caring for seven Swainson’s Hawks! Mostly due to run-ins with vehicles, as these feathered beauties do a lot of hunting near roads.) These raptors have dark brown bodies and wings on the top with lighter beige underneath.

Clue #3: Falcons can reach diving speeds up to 300 kilometres an hour. You probably won’t have time to pull out your stopwatch, but these guys can move pretty quick!  Their prey hardly stands a chance.

Clue #4: The Peregrine Falcon is another raptor that calls Alberta home.  While they come in a variety of sizes, you might be able to spot a peregrine falcon from the dark band on their head; like they are wearing a little hood or cap.  These falcons like using cliffs as nesting sights but have adapted to use building ledges when nesting in urban areas.

Clue #5: Spot a raptor with white eyebrows and a light belly by a prairie river? Chances are, you’re looking at a Prairie Falcon!  These swift falcons like to nest in caves and ledges by running water in the prairies.  They’re a pretty rare find, but white bird poop on cliff faces might be an indication that Prairie Falcons are nearby!

Clue #7: Notice a big raptor with a red tail hanging out around Calgary or Edmonton?  That’s a Red-tailed Hawk!  These feathered city slickers like to perch on highway lights and signs, scanning the area for mice or other prey.  While they prefer wooded areas, Red-tailed Hawks do well near large urban centres.

Clue #8: Whats that sound?  Well, it might be a Merlin Falcon!  These little raptors have a distinctive call and do well in urban areas.  Feeding on little birds and nesting in planted trees makes city life ideal for the Merlin Falcon.

Clue #9: The Ferruginous Hawk (whew, what a mouthful!) is the largest species of hawk in the world.  Their favourite meal is a Richardson’s ground squirrel, but these big raptors will eat all sorts of mammals.  They will also eat snakes!  These hawks aren’t big fans of cities and prefer grasslands to city life.

There is so much more to learn and appreciate about Alberta’s raptors!  Like all species, birds of prey play an important role in the natural world and deserve our respect and admiration.

If you come across abandoned or badly injured raptors or other wildlife, call AIWC’s hotline at 403-946-2361.

“Wildness is the preservation of the World.”― Henry David Thoreau

6 thoughts on “The Ravishing Raptors of Southern Alberta”