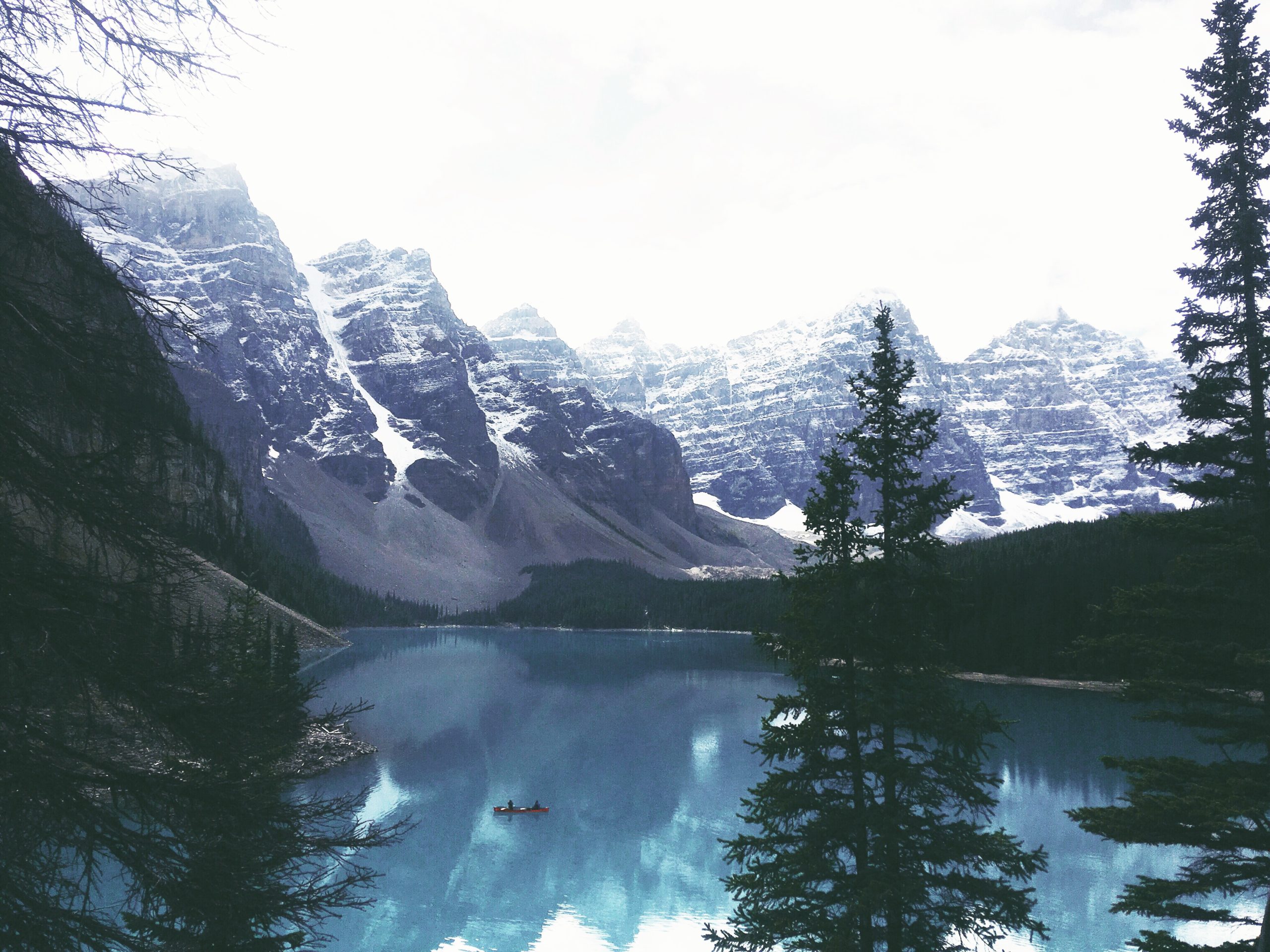 As you may have already noticed, the fall migration is well under way. Many species make their way south for the winter but many stick around in Canada throughout the year. What is the reason for this? Why do some species leave, while others seem to be able to withstand our harsh Canadian winters?

The Canada goose is a good example. But why do you see them in V-formations heading south? The habitat range of the Canada goose is quite broad, and extends to the northernmost tips of Canada, all the way down to the southern United States and Central America (Cornell University 2017). Geese who spend their summers in the northern parts of Canada will fly south to spend their winters in areas that aren’t as cold. Calgary and Southern Alberta have relatively mild winters compared to the vast majority of the rest of Canada (with the exception of the Pacific coast), and we can see some Canada geese year round here. There are also several species of ducks that choose the Calgary area as their home year-round.

But how do their feet not freeze? Unlike the snowy owl, rough-legged hawk, Ferruginous hawk and Golden Eagle (just a few examples), geese and ducks do not have a warm layer of feathers protecting their legs in the colder weather. Instead, they have a “counter-current heat exchange system”. 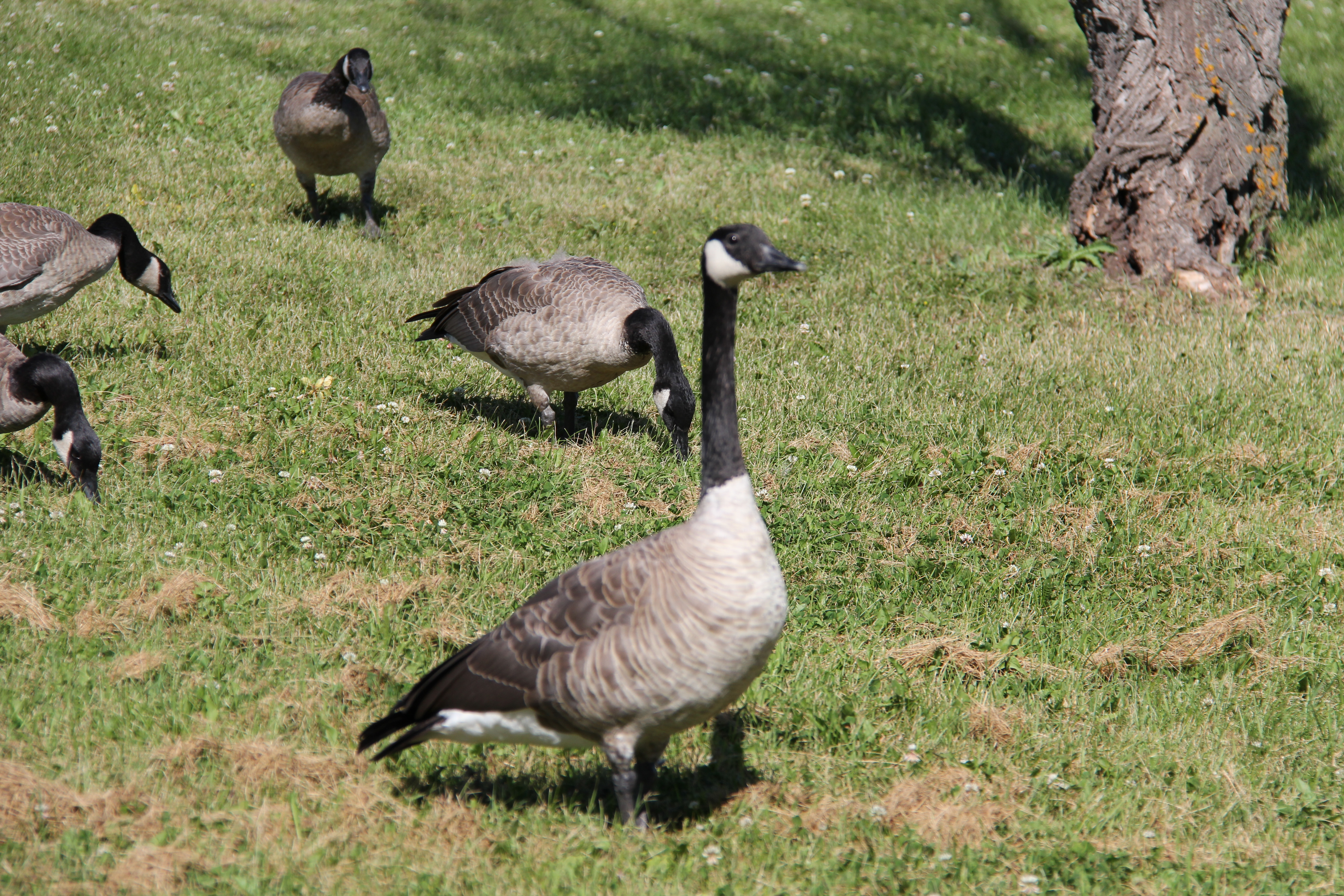 Well, that sounds awfully scienc-y (I am sure you are saying to yourself right now). But it’s actually a pretty amazing and straight-forward system. Basically, arteries and veins in the legs and feet of ducks and geese are extremely close to each other. This enables the warm blood from the heart (in the arteries) to pass in close enough proximity to the cold blood from the feet flowing back to the heart (in the veins) (Ask a Naturalist 2010). Therefore, the blood in the arteries warms up the blood in the veins and the legs of ducks and geese don’t completely freeze.

There are several other ways that animals have adapted to winter, and this applies to non-bird animals as well.

Polar bears have a thick layer of fat (blubber) that can sometimes be up to 11 cm thick, and are covered in an extremely thick layer of fur. In fact, polar bears are so well insulated that they can overheat (Seaworld 2017)! Other Canadian bears, the black bear and the grizzly bear, go into a stage of dormancy, more commonly referred to as hibernation. Hibernation is essentially the slowing down of metabolism to reduce the energy requirements for the body. Black bears and grizzly bears will hunker down in a den for the cold months, and can hibernate without eating, drinking, urinating or defecating for up to 7.5 months (North American Bear Centre 2017). By going into hibernation, black bears and grizzly bears are able to live throughout the winter when their food sources are scarce, and the weather is too cold for them.

But what about fish, frogs and snakes? What do they do in the colder months?

Well, dormancy is common in cold-blooded animals and it allows for reduced metabolic activity. Cold-blooded animals lack control of their internal metabolism, therefore, they cannot regulate their own temperature very well (if at all).

Some fish are able to create chemicals within their bodies that can lower their freezing temperature, thereby allowing them to still function in temperatures that they would otherwise freeze in (Michigan State University Extension 2017). Some species of snakes, such as the garter snake, will occupy a collective den with sometimes up to thousands of other snakes. The Narcisse snake pits in Manitoba for an extreme example of a snake den (Manitoba, 2017). Large groups that gather in this manner are more easily able to conserve their collective body heat than if they were to spend winter alone in a den (Michigan State University Extension 2017).

Some frogs can stay alive in a frozen state; they will seek shelter in leaves and debris, and their bodies produce proteins that freeze the water in their blood (National Geographic 2007; Michigan State University Extension 2017). The ice in the blood will draw out the water from the frog’s cells and at the same time, the frog’s liver will produce glucose which will fill the cells and allow them to keep their shapes without collapsing, which is what would happen if the water remained in the cells and did freeze. When spring comes along, water returns to the cells and replaces the glucose, and the frogs can function like normal again.

These are just a few of the many examples of how species are able to survive and withstand our Canadian winters. Because we do have several species that live in Alberta year round, we receive animals at our centre year-round as well. We are always grateful for support that comes our way. Please consider making a donation if you are able to, or sharing this post to spread the information you learned about today…we couldn’t do it without you! Be sure to leave a comment below for any other winter adaptations that you find fascinating that weren’t mentioned here.