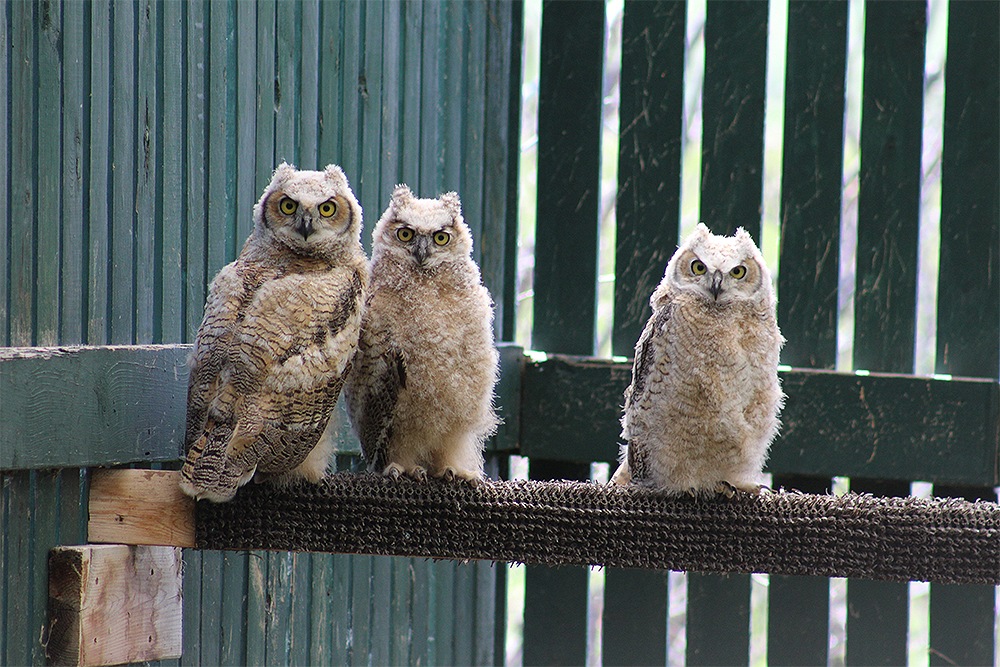 With winter now in full swing in Alberta, sightings of wildlife this time of year may be rarer than usual. But what do animals do during the winter? Do they all either hibernate or fly south for the entire season? If you’ve ever found yourself asking these questions, fear not: AIWC has tracked down the information on what certain animals do to prepare for and tough out the coldest season of the year.

While a bird’s feathers provide essential insulation during the winter months, its high metabolism prohibits it from hibernating during cold months. Depending on the availability of local food and shelter resources, some species may be able to thrive in a given location, while others may have to flying south for the winter in order to survive the season.

Among the list of species who migrate to warmer climes during the winter are the snowy owl, the piping plover, the red-winged blackbird, and the snow goose. The blue jay, the evening grosbeak, and the great horned owl are just a few of the species that round out the list of birds that stick around during the winter thanks to evolutionary advantages that help them thrive on even the coldest of days.

Sleeping with the fishes

Fish are ectothermic animals, which means that they do not produce their own body heat and instead rely on their environment to regulate their body temperatures. In the winter, this means that a fish’s body temperature matches that of the surrounding water that may even be frozen on top.

During colder months when lakes and streams may seem frozen solid, fish will remain in a prolonged state of minimal activity and dormancy, which slows their metabolism and reduces their need to eat during a time when food is normally scarce.

Seeking warmth for the warm-blooded

Because mammals are warm-blooded – or endothermic – they need to sustain their metabolisms in order to maintain a body temperature that’s conducive to winter survival. One winter survival tactic of certain mammals is hibernation, wherein an animal’s body temperature drops and its metabolism, heart rate, and breathing slows to preserve energy throughout colder months. Only a few mammals have sufficient fat stored up to make hibernation a viable option for weathering winter, but animals such as chipmunks, woodchucks, brown bats, and black bears are some of the few who turn winter into a lovely, long nap.

For the mammals that can’t hibernate, winter survival options branch off in two ways: to migrate a short distance to more sheltered areas, or to stay put and adapt to their surroundings. Certain species of caribou typically migrate from the tundra to dense forests, while some bats migrate to more protected areas such as buildings or caves.

Meanwhile, for mammals that stay put for the season, evolution is on their side with various life-saving attributes that can range from seasonally-grown thicker fur or comparably larger feet that help them tread on snow efficiently. Seasonal changes to animals’ diets also provide nourishment where it normally wouldn’t be found. For example, the red fox has adapted to eat small mammals during the winter’s absence of berries and insects, while animals like beavers and grey squirrels plan ahead and store food for winter consumption.