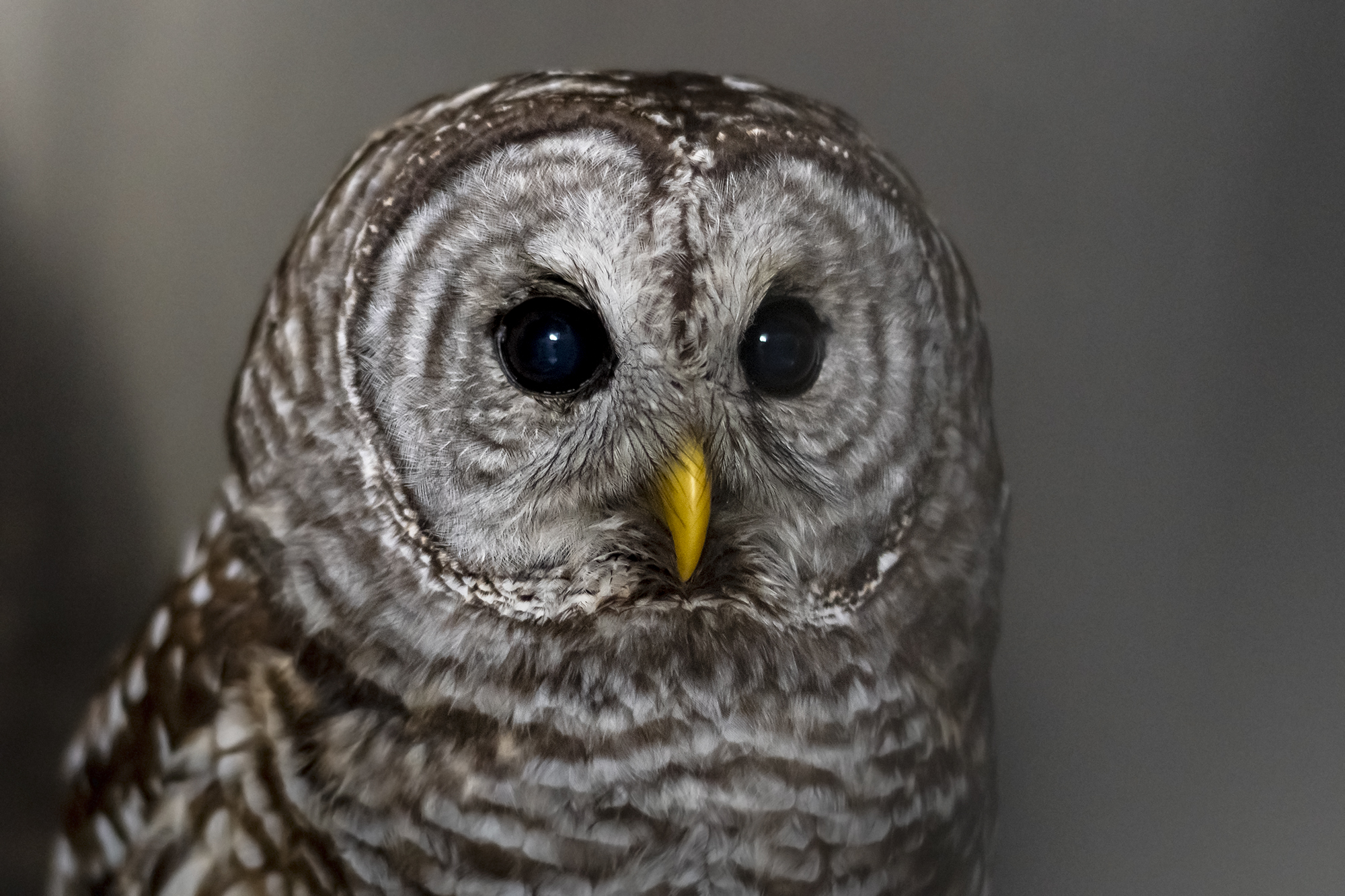 Wintertime in Alberta is considered a fairly quiet season, as the drop in temperature acts as sound insulation as well as a signal for some animal species to start hibernation. However, this does not mean that the season is uneventful! Certain species in Alberta are active throughout the year, even during the cold winter months. This includes many of Alberta’s owl species, including the barred owl (Strix varia).

It has been said that an owl’s flight is so quiet that it can only be heard by the human ear when an owl is within at most 3 meters away. A more common way to hear them is through their vocalizations. The barred owl is a species that is fairly vocal whose chimpanzee-like hoots are quite distinct, resembling cackling or the famous “Who cooks for you? Who cooks for you-all?”

Another way to identify the barred owl is through its pattern of alternating horizontal stripes of dark and light brown. This pattern is visible on its wings, and down its back and tail. Its eyes are dark brown throughout, its beak a yellow tinge, and its ears inconspicuous and hidden under its head feathers. It is commonly confused with a similar species of the same family, the spotted owl. To distinguish the two species, the barred owl has vertical brown streaks down its dominantly white belly, whereas the spotted owl has white spots on its dominantly brown belly.

Barred owls are nocturnal, doing their hunting mostly after sunset and throughout the night. They are a naturally curious species, and have been seen actively observing humans from their perches. They are among the top predators in their habitats, having only the great horned owl (and humans) as predators. Barred owls feed on a variety of small animals – these include small mammals, such as mice, rats, bats, squirrels, shrews, voles, chipmunks, opossums, rabbits, as well as some species of small birds, fish, amphibians, reptiles, and invertebrates.

Barred owls are non-migratory and have home ranges averaging at 300ha. They are territorial and prefer mature unfragmented mixed-wood forests as these provide the most available nesting sites as well as diverse dietary options. Barred owls can also be spotted in suburban wooded areas atop the highest trees that are beyond human reach. In Calgary, barred owls are a common sight in Weaselhead Nature Park and at Fish Creek Provincial Park. However, they might also be present in your quiet backyard forests away from the rustle and bustle of the city!

Special Concern: How can we help?

Although barred owls are not considered threatened or endangered, they pose a special concern to conservationists. Because of their limited preferences and requirements in habitat influenced by their activities, barred owls are considered indicator species that help scientists learn and understand more about the status of mature forest biomes in the Canada and United States.

The primary threat to barred owl populations is habitat loss and degradation. However, other threats include the consumption of rodent poisons, competition against pet cats, and automobile collisions. Some tips to help protect barred owls would be to spread awareness for forest protection, the use of rodent traps instead of poisons, keeping pet cats inside the house, and to keep areas clear of garbage that could attract rodents so to prevent owls from flying too close to urban areas and roads. In the case of sightings of fledgelings on the ground or possible injured individuals, we highly advise against any contact such as capture and/or feeding. Instead, we recommend calling AIWC facilities at 403-946-2361.

CBC. (n.d.). Tips on How to Be Owl Friendly. The Nature of Things. https://www.cbc.ca/natureofthings/features/tips-on-how-to-be-owl-friendly 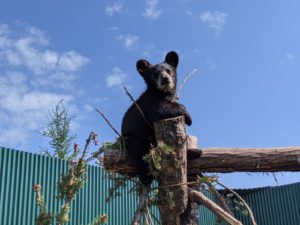