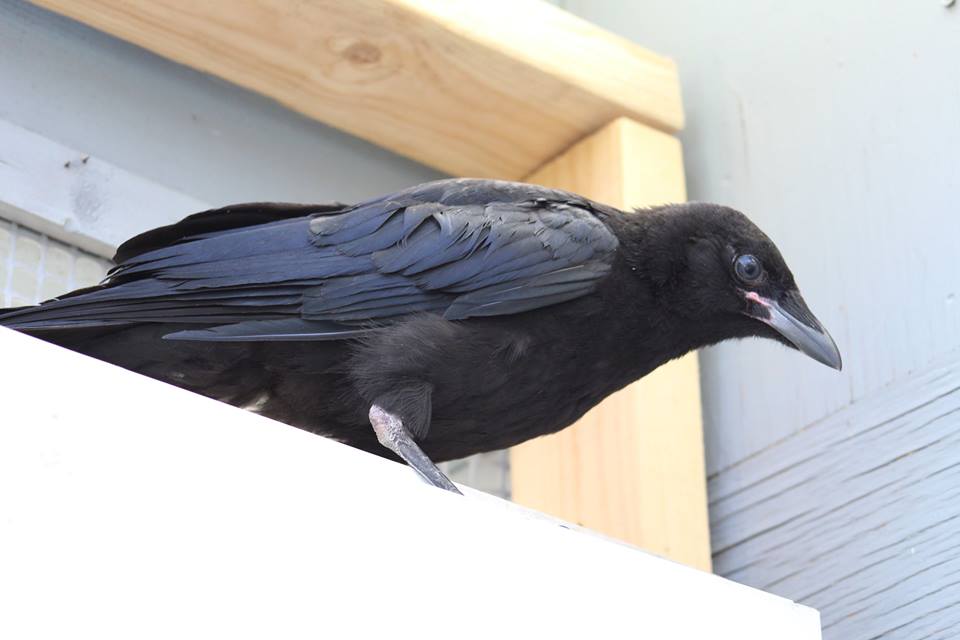 They might be perched on trees, electricity wires, housetops or maybe filling the sky in swarms of “murders.” Crows seem to be everywhere! But how much do you really know about these sleek, smart birds?

Crows have slick black feathers, fan-shaped tails and small bills – or small at least compared to the Common Raven, a bird similar in appearance.

Commonly known as the “American Crow,” this species can be found all across North America.

Crows are highly adaptable and can survive in a variety of environments. Habitats include urban areas, agricultural fields and shrub-lands. Crows are common near forest edges but can also be found in grassland and parkland habitats.

Males like to perch and display on streetlights – spreading their wings and tail feathers, puffing up their bodies and bowing and uttering rattling calls to attract females.

Crows like to line their nests with fur and soft material, constructing the outer shell with large sticks and branches. Female crows usually lay 4-6 eggs and incubate them for up to 18 days.

Crows tend to stick around for most of the year, but some choose to fly south near the end of November. After mating in the fall, thousands of American crows group together in flocks (called “murders”). The University of Calgary is a great place to spot flocks of them on electricity lines and rooftops.

Crows are opportunistic eaters! They feed on bugs, other bird’s eggs and nestlings, berries, seeds and human garbage. Studies suggest that crows have the ability to recognise patterns for eg. they learn what days the garbage truck rolls in so they can cash in on the all the garbage if it isn’t in properly sealed garbage bins.

One of the most interesting facts about crows is their ability to recognise human faces! According to the National Wildlife Foundation, studies have proven crows to be persistently hostile towards certain people, even if they haven’t seen them in years.

Crows are pretty smart cookies. Some scientists believe that they are strong communicators and have the ability to share information, strategize and execute plans!

Next time you see an ebony-feathered crow, know that you are looking at a clever, resourceful bird!