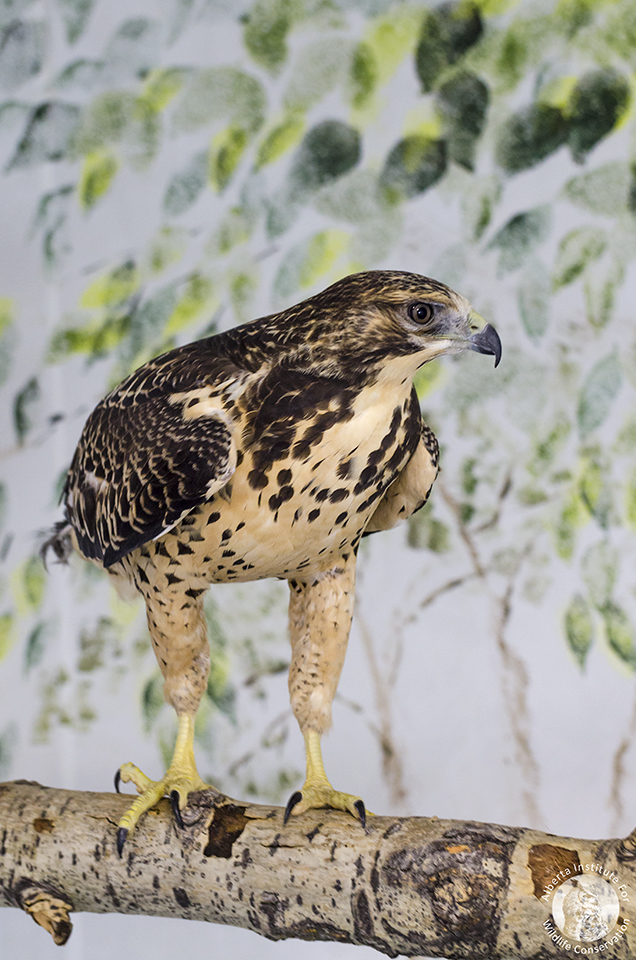 The Swainson’s hawk in this photo is a current patient at AIWC after being found near a roadway emaciated and with many injuries consistent with trauma. Like most of our patients, we can’t know precisely what happened to him, but it is very likely he was hit by a vehicle. He was admitted in August, but because his injuries were not healed in time for him to meet migration south with the rest of his species, he will now over-winter with AIWC and be released back to the wild in the spring. 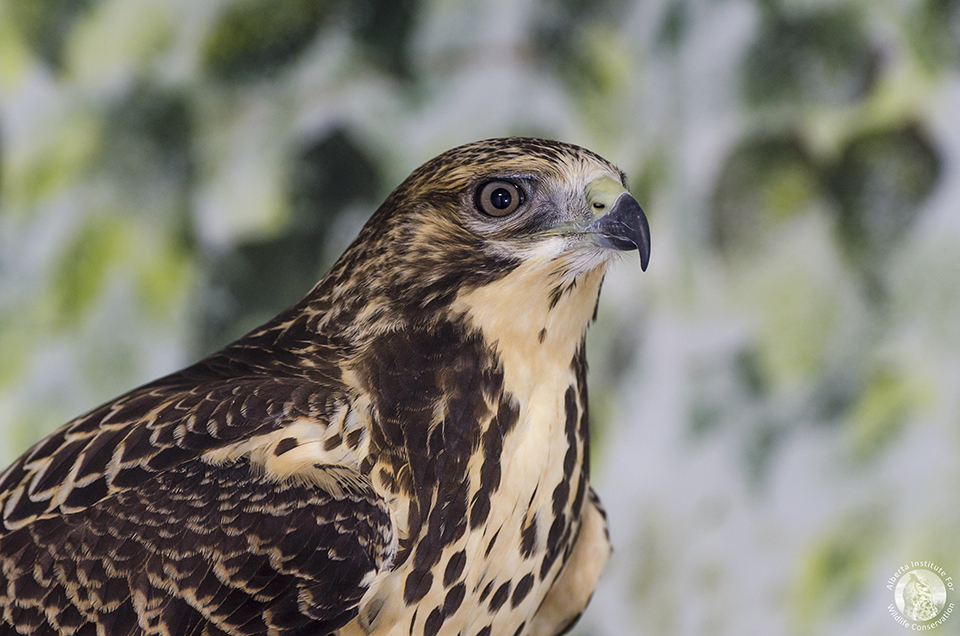 According to the provincial government, approximately half of all rural vehicle accidents in Alberta involve wildlife, with most of these accidents happening between 7:00 p.m. and 11:00 p.m. There are over a thousand crashes each month, but that number more than doubles each November, with over 2,600 accidents happening on rural Alberta roads.

Here at AIWC, we often see patients brought in with serious injuries following collisions with vehicles, both on highways and on busy city streets. Frequent patients include raptors, such as hawks and owls, who take advantage of roadside perches such as light posts to watch for prey who try to dart across the roadways without cover. Scavengers, such as crows, ravens, and skunks are also at high risk, attracted to litter and garbage in the ditch, or carcasses on the road. In some cases, roads were built through popular migration routes making the likelihood of seeing wildlife crossing high during peak migration times.

So what can you do to minimize vehicle collisions with wildlife?

What to do if you find injured wildlife on the side of the road: